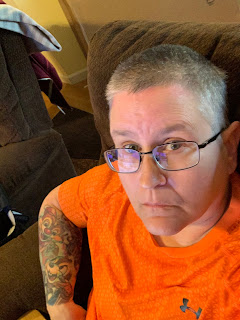 My hair has not grown nearly as much as I would like and while I can see it's gotten a tiny bit longer, it feels like I'm still damn near bald and I want my hair back.

Ignore how stuff is sticking up all over; I have helmet hair here.

Now that St. Baldrick's is over, they've received all the funds--including an uber-generous one that had to make its way from overseas via the mail--I'm looking to the next event.

But the next one...yes, I am jumping into something with both feet firmly planted on the pedals of my bike, and will rack up as many miles as I can from April 16 through May 16. Officially I'm supposed to do 109, but I think I can best that, despite not having ridden much at all since late September.

After I finished the Great Cycle Challenge (which I will do again this coming September) and Buddah got sick, I sort of...stopped. There were a couple of short rides in there, times when I thought, hell yes, I'm back at it, but I just needed time to stew in my own grief, gain a few too many pounds, and find another way through it.

I haven't really watched any TV since Max died; neither have I done much reading. I know why: my lap buddy isn't here to curl up and help me watch all the things and read all the words, and it's just been uncomfortable. But once we changed his room from Max's Room to our own little game cave, I felt myself sliding away from all the feels, and into some sense of normal.

Doesn't mean I don't miss those furballs as much as ever, because I do, but I distracted myself enough from their absence that my brain began working on the story line to the book I'd been planning before, while just having some fun. 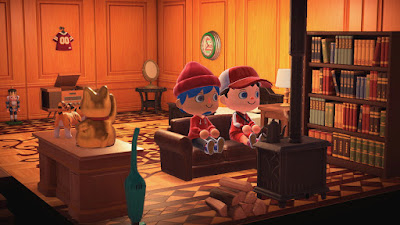 We each have our own Switch, run our own islands, but visit each other when we're playing at the same time. The number of ridiculously stupid things we do to each other-- 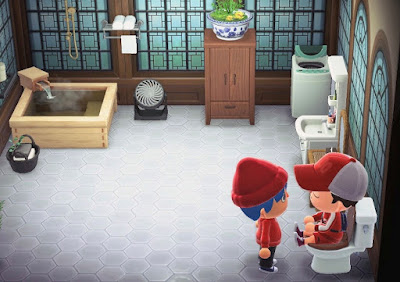 --like blocking him on a toilet so he can't get off of it, or chasing each other with nets and axes, makes me laugh so hard sometimes I kinda want to throw up. It is stupid, but it's stupid fun.

And thusly did I get back on the bike today, and while I felt every bit of it because I am now out of shape, it didn't feel like the Great Big Awful and I am looking forward to the next ride.

Which brings me to the next event: the DetermiNation Cycling Classic to benefit the American Cancer Society. I did this one last year as a virtual ride and enjoyed it; this year it hits home because I have friends who are actively trying to survive treatment for breast cancer, lung cancer, and brain cancer. Both my parents survived cancer--kidney cancer for my dad, lymphoma for my mom--and it doesn't escape me that it could be in my future.

Even so...we all need something to fight for, this is mine.

Last night I chatted online with a friend who asked, reasonably I think, why I didn't just raise the money. Facebook makes it easy. It's not like I have to do anything.

I believe in sweat equity. In giving something back. In doing something that isn't necessarily easy, earning back those donations.

So I will shave my head every year.

I will ride the miles.

I will put one foot in front of the other.

Not because anyone necessarily expects it of me--y'all have been amazingly kind when I've fallen short before--but because it's the right thing to do. It shouldn't be as easy as asking for donations; there needs to be something, anything, and it should require effort on my part.

Ask just about anyone who has done a 3 Day walk on behalf of breast cancer. It's a party atmosphere and the participants have fun, but, y'all...it's hard. Harder than anything else I've done.

Well, except maybe for getting that tumor yanked out from the underside of my brain. That was a different kind of hard.

"Have you ever added it up? All you've raised?"

Nope. But I have a ball park idea and that's good enough. The real thing is that number isn't mine; it belongs to you people out there, the ones who have supported my whims and given me reason to shave, ride, and walk.

You are my hero. Have been since first I found your blog. I think your heart is as big as the Universe.

You are an awesome humam being....hair or not :)

You are an inspiration! Your example has gotten my fat butt off the couch and on my bike. I would have to live where it's cold and hilly, but it will improve my fitness fast (if I don't die first).

Thank you for sharing yourself with us.

Bless you for doing this, i do hope your hair grows back in faster.