Because of reasons, I've been looking at bikes online. I test rode a specific model a few days ago and liked it, but my brain was more interested in another one from the same company which the store did not have, so I went home to research a little more.

Also, there was another store not far in the other direction that carries the same line, so I figured it wouldn't hurt to look there. Now, I've been in that bike shop 3-4 times and always felt like I was an intruder, but I was just looking so if no one stepped up to help, no big deal.

So of course I walk in there today and someone followed me from the door to the side room where I knew they would be. He asked what I was looking for, and I told him: I'm interested in an Electra, either the Townie or the Loft.

He tried to steer me to the front room, because "We have that in a Specialized." (That's a brand, for those who don't know."

He pointed to another bike and said, "We have one right here. It's a fun bike."

It was another electric, I didn't look to see what brand, but it was not one of the Electra electrics.

So I had to emphasize: No, not an electric. An Electra. The brand. I was hoping you'd have a Townie and a Loft so I could compare them.

The lightbulb goes off, and I assume this is just a misunderstanding type thing. Electrics are getting more popular and I'm older, so he probably thought that's exactly what I was looking for.

We're in front of the Electras (which I led him to) and he points to different bikes. "This is a single speed. This is a three speed. This is...I dunno, but I could look it up for you." The tag was hanging off the handlebar; it was a Lux 3 speed, not what I was looking for. I again stressed I was interested in 2 specific models, mostly to compare the crank position. I wanted the more forward crank, but I couldn't tell from images online if they shared the same geometry.

He had no clue, but he could look it up, and maybe show me the electrics up front. The $4000 electrics. They're good for old people.

I did not look at the electrics, nor did I have him look anything up. I thanked him for his time, and then headed in the other direction, to the bike shop where I tested the first bike, a Townie 7D.

I walked in, was greeted warmly, and offered a test ride on as many bikes as I wanted. The sales person was a different one from the other day, but just as nice, but more importantly, knows the line well. There was a Loft on the floor and I explained that I'd ridden the 7D but wanted to see if the crank was as forward on the Loft.

She knew right off: no, it's not, and pointed out the difference. So I was asked her about a couple other models, more expensive ones that were not currently in the store. She rattled off answers to every question I had, and when it came down to it she thought that for what I wanted--a crank forward bike for knocking around town--I probably wanted the Townie.

She could have sold me a bike twice as expensive, easily, without much discussion. But she took the time to explain the differences (aside from components, which I can upgrade in the future should I chose to) and to highlight the cons of this bike (real hills might be a problem, it's not a super fast bike, it's a bit heavier than the average frame) but she made sure I knew what I was getting.

There were no snide remarks about my age, either. It's a very popular bike (I knew that) even with the college crowd, and the difference between it and some of the other bikes they sell to students is that people tend to keep them. They're comfortable to ride and as long as you're not in it for speed or competition, it's a keeper. If I decided later to get a Path or Commute (the others I was interested in) they would take the Townie back as a trade in.

I like how the ride felt on my poor abused knees; I wanted one.

The downside was that I really didn't like the color of the Townie in stock. So she checked their database and ticked off the colors in stock in California, and could order what I wanted if someone had it. So sometime this coming week I'll take possession of an icy blue Townie, and will again ride my asterisk off.

The whole point was, kiddos, if you want to make a customer happy, don't make them feel like they're intruding on your day, pay attention to what they're asking for, and for fark's sake, no matter their age, don't call them old. And know your merchandise. I might have been willing to overlook everything else if this kid had been able to answer my questions, and absent that, been willing to get someone who could. 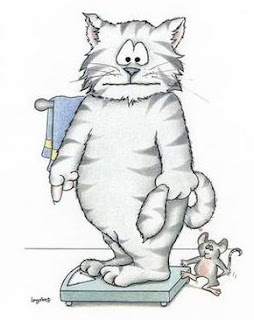 I did a mediocre ten miles on the spiffy gray, non-electric bike, then headed home to switch up. I’d gotten a good workout in and just wanted the next 5-10 to be fun. I get my heart rate up just about as high on the pink beast—it’s all about the ratio of pedal assist to gears—but I can go a hell of a lot faster, and quite a bit further.

So I’ve already done ten miles, burned a fair number of calories, hopped on another bike and did five more, ending at Starbucks. And as I locked the bike up (two heavy duty U-locks; the bike is insured but I’m not stupid) Dorkas McBikelitist stops before going inside and snorts, “Get a fucking motorcycle, damn.”

I hot, sweating, super thirsty*, and all I want is an ice-cold passion tango tea. I have no patience for a bike snob, especially one who rolled up in a 4x4 pickup that might get 8 miles to the gallon.

“I have a fucking motorcycle at home. What’s your point?”

If he had a comeback of his own, it was lost as his spouse thingy prodded him inside, laughing her ass off at him.

For some reason, they didn’t stick around. Huh.

I got my tea, sat down and fired up the laptop, and realized I finished the short I was working on last night. I can proof and edit or start another one. I have no idea what I want to do, so I’m procrastinating by playing online and jotting down stupid thoughts as they occur to me.

I could work on the template for thewickchronicles.com, but I’m not enjoying having started it using Wordpress. Blogger is just so much more intuitive for me, and I might move it. Or just link to a blogger site from the existing Wordpress page. Or something entirely self-hosted.

I dunno. If I were rich I would hire someone else to figure out all of this, as well as distribution of stories and books without DRM** and without risking pirating or outright theft. Whatever I wind up doing, I need to figure it out soon. The first short is almost ready to go.

**I’ll probably use Book Funnel. Y’all need to get comfy with sideloading your digital readers. Or reading off your computer screen.

Also, I want cake. I will cave into one of those this week. And it will be pizza. Not having cake until my birthday, because I will eat the whole thing and I should probably only do that once a year.

*That’s like regular thirsty, but I get to wear a cape. And by cape I mean backpack. Because it had my laptop, which I need to sit here and spew forth stupid chit no one really cares about.
Posted by Thumper at 7/07/2019 01:02:00 PM 3 comments: