Not sure what was on the TV... 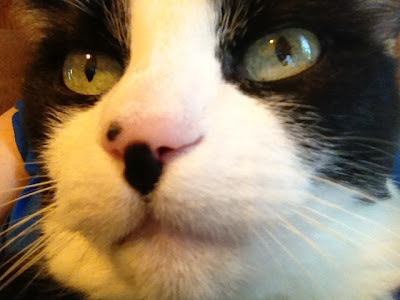 This, boys and girls, is why one should always use sunscreen: 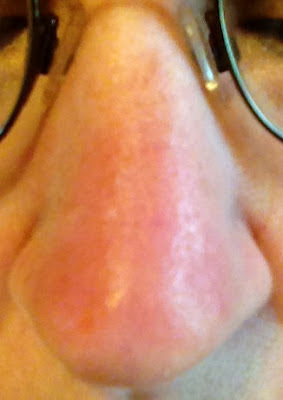 Ayup...my nose hurts. So does my left arm, which is twice as sunburned as my right, probably because I sat on the terrace of the Cheesecake Factory in San Francisco, and half of me was in the sun while the rest was in the shade.

Another training walk, you ask?

Nope. But we did walk a lot; by the time I got home I had 7 miles on my Fitbit. But walking was not the reason for going to SF yesterday. The reason?

Two of my sisters, Kathy (on the left) and Mary (on the right) were in San Francisco for the day so we hopped on BART to go see them. Plus, it was Max's birthday, so we took Flax Max along so he could see the sights.

We had an awesome time walking around the Pier and up to Ghiradelli Square, and of course had to hop on a cable car, because what's a trip to SF without taking a cable car?

I have yet to see someone in SF whose crotch I want in my face.

My 2nd favorite picture from the day, in spite of me looking like a giant grape:

I believe we deemed there must be a family vacation in the future. And the Spouse Thingy, the Boy, and I had already planned on Las Vegas in November (10% business, 90% Hey, it's VEGAS!)...would be REALLY nice if they could show up. Just sayin'...

Standing in line at a deli counter, waiting to place an order. Nearby is an older gentleman—Grandpa, I guessed—and a boy, around eleven years old. They've already ordered and are waiting.

Grandpa: Tomorrow might be hard.
Kid: Yeah, maybe.
Grandpa: You miss your dad a lot, don't you?
Kid: (looks up, puzzled) No. Why would I?
Grandpa: Because he's...gone?
Kid: No he's not.
Grandpa: Then where is he?
Kid: (taps chest) Right here.

I had to get out of line. Grown assed men don't suddenly start crying in the grocery store.

Every year since my dad died, I've agonized on Father's Day and haven't allowed myself to enjoy it with my own kids, but screw that. That kid was right. My dad isn't here, but he's here. Something all of us who have lost our dads might do well to remember. 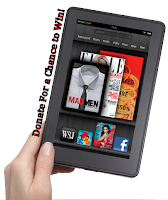 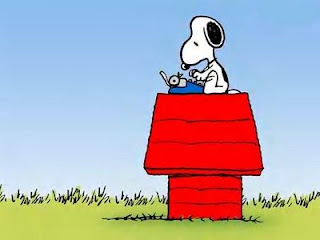 Roughly 6-7 times a week, someone asks me to read something they've written. I have to turn down roughly half, usually because the manuscript runs 150,000+ words, and I honestly don't have that kind of time, or because I've read other things by the same writer, and honestly, I'd gouge my eyeballs out before doing it again.

Don't worry, I'm not talking about you. Or you.

Truthfully, 95% of what I do read is not publishable. Usually the stories are good, but the execution fails. Poor spelling, no grasp of basic grammar (and I am not a grammar nazi, not even close) or a choppy narrative...Of that 95%, I'd say 80% can be redeemed, and most of them can be turned into something very, very good. Some even outstanding.

But...a lot of what I get is just awful, and it takes some consideration before I can tell the writer it really isn't going anywhere, and probably won't. I do that as little s possible, because almost everything does have a place and an audience, and if the writer is willing to do the work and learn the things they need to learn, it's worth the time and effort.

Yesterday I was asked by a casual online acquaintance to read a short story by a friend of hers. I don't know her well, but it was only a short story, and I had time--and no obligation to say anything beyond whether I liked it, or whether I did not.

So I said yes. And the manuscript I got was more novella length than short story, and a genre I don't typically read...Fantasy Romance. Whimsical fantasy romance. I'm not even sure that's a real genre, or just an apt description, but it fit.

And it was good.

I started reading last night at 10:30, and finished it at 1:30. I could barely put it down, and dang near wet myself because I didn't want to get up to pee.

I read it and finished it with the sense that when I grow up, I want to write like that.

So...keep your eyes peeled for a new writer named L.Donna Le'Donna (LOL no, I'm not kidding...that's her pen name) and a novella titled Rufus Romeo Enchanted.

All right, I'm sitting here watching HLN, formerly CNN Headline News, and they're showing a clip of a woman who was arrested for cheering during her daughter's high school graduation.

My first thought was, "Seriously? Arrested?" but as she went on I started wishing she would just suck it up and stop whining. I may have even talked to the TV, advising her to just stop talking, but I won't admit that publicly. Because that would have been just a little weird.

Look, I get it. She was thrilled her kid was graduating; she wanted to show that. But she also knew upfront that the audience had been warned that cheering was not permitted and that those who did would be escorted out.

The audience was forewarned that those who acted out when being escorted out would be arrested; she claims she didn't do anything, but was placed under arrest anyway.

I doubt the cops arrested her for the joy of it.

Do I think she should have been arrested? No. It hardly seems worth the time and effort to go through all the paperwork for a disordely conduct charge under the circumstances.

Do I think she should have been kicked out of the ceremony? Absolutely. 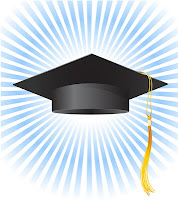 It was made clear up front: no cheering. An adult should be able to follow that simple of a rule, whether they agree with it or not. I don't care how thrilled she was that her kid was graduating or how caught up in the moment she was. It only takes a modicum of maturity to hold it in and then let it out at a more appropriate time.

And hell, for argument's sake, let's say my kid followed hers across the stage. She hears her daughter's name and starts cheering; she gets her moment, gets the thrill of hearing that name as her kid strolls over and gets her diploma. But my kid, who's next in line? I miss hearing his name because she's making so much noise. He worked hard, too; as his parent, I have just as much right to enjoy the thrill of hearing his name and she does, yet her over-exuberance robbed me of that. Hell, I might not even notice that he's next, and I missed the whole thing.

It's a matter of fairness.

My kid's accomplishment is no less worthy of acknowledgment than your kid's, but your behavior can certainly tarnish the moment everyone has been waiting for.

If the rules had not been stated upfront, I would have a lot more sympathy for this woman. But she knew cheering was prohibited, and decided that because "she" worked so hard to get her daughter to that moment that the rules did not apply to her.

It doesn't work that way.

It shouldn't work that way.

I'm wondering now if this woman is whining about how "they" ruined her daughter's graduation. 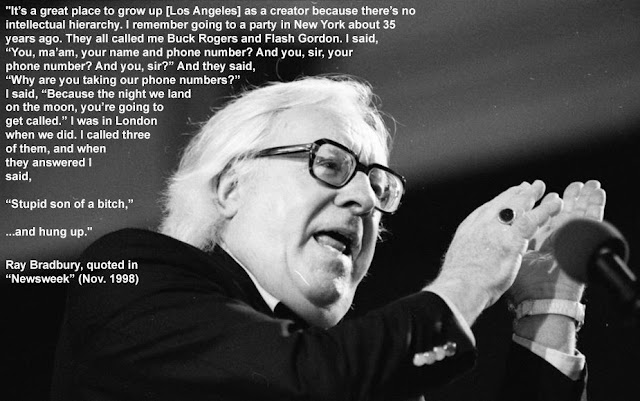 RIP to one of the greats; he broke out of the pulps and made science fiction accessible to the masses, and relied on the characters he created rather than the science. He was a once in a lifetime writer, and he will be missed...
Posted by Thumper at 6/06/2012 10:05:00 PM 2 comments:

Asked during another discussion, directly of me, but meant in good humor. There wasn't one among us who had not felt the sting of snobby criticism—every writer is accused of writing crap at one time or another—but the truth is, I meant what I'd said. I did not agree with the sneering volumes of people poking critical sticks at Stephenie Meyer over her massively selling trilogy.

How in the hell can you defend the clusterfuck of writing that is Twilight? 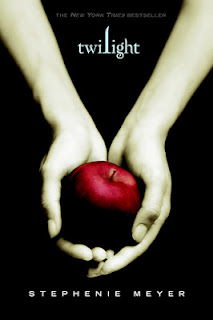 It's about the reading. It's about the kids who ate those books up like candy; and that's what they are, literary candy. Written chocolate with peppermint flakes and a gooey chocolate center. And really, there's nothing wrong with candy every now and then.

More than that...those books—like Maniac Magee and Goosebumps and Harry Potter—got kids excited about reading. Kids who otherwise would prefer to vegetate in front of a TV screen poured themselves into those books. They sat still, they soaked in the story, held their breaths at twists and turns, and squealed at how things turned out.

Did any of those kids care? No.

Would it have mattered to them if if did? Hell, no.

I'm in favor of anything that gets a kid to read. Pop fiction, comic books, the back of cereal boxes—if they'll happily read and it's not something that will harm them intellectually or emotionally, let them read and embrace the fact that they're willingly taking the time to read.

It doesn't matter if the grammar was off, sentence structure uneven, or even that Meyer's vampires sparkle in the sun and waste dozens of years in high school rather than spending that time trying to cure cancer. What matters is that a story was told that tapped into the interests of thousands of kids (and adults, let's be honest) and it brought them into the consumption of literature.

One treasured story tends to lead to a search for another, and then another; who cares if the writing was sloppy and the bits and pieces of the plot unworthy of Pulitzer consideration? These kids are reading. There's a good chance they'll keep reading.

The same can be said for a plethora of non-reading adults out there; they wanted to see what the big deal was, picked up the first book, and kept reading.

It's a good thing.

There's a style of writing, often referred to as Hi/Lo, that is specifically intended for adults who don't typically read for fun because their reading abilities hover between 6-8 grade. Hi/Lo books are usually adult-level novels written so that the average 12 to 14 year old can fall into the story without the struggle of comprehension. If you picked one up and started reading, chances are you wouldn't realize that the book you have in hand was meant for someone who hates reading because they simply don't have a high school level of reading ability. If the story is good, you'd fall into it, and it wouldn't be until much later that the style of writing was a little bit different. The intended target market, however, notices; they have in hand something they finally enjoy, something that doesn't feel burdened by the expectations of a bloated vocabulary and excessive narrative. 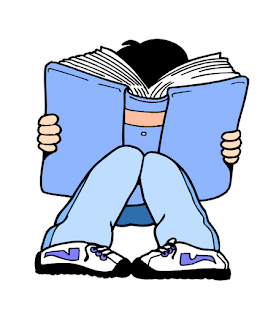 I don't see Twilight as being any different.

Forget the fact that it's not the best writing out there. It brings literature and literacy to the table, makes it accessible, and makes those kids want to read.

And wanting to read is never—at least not in my book—a bad thing.