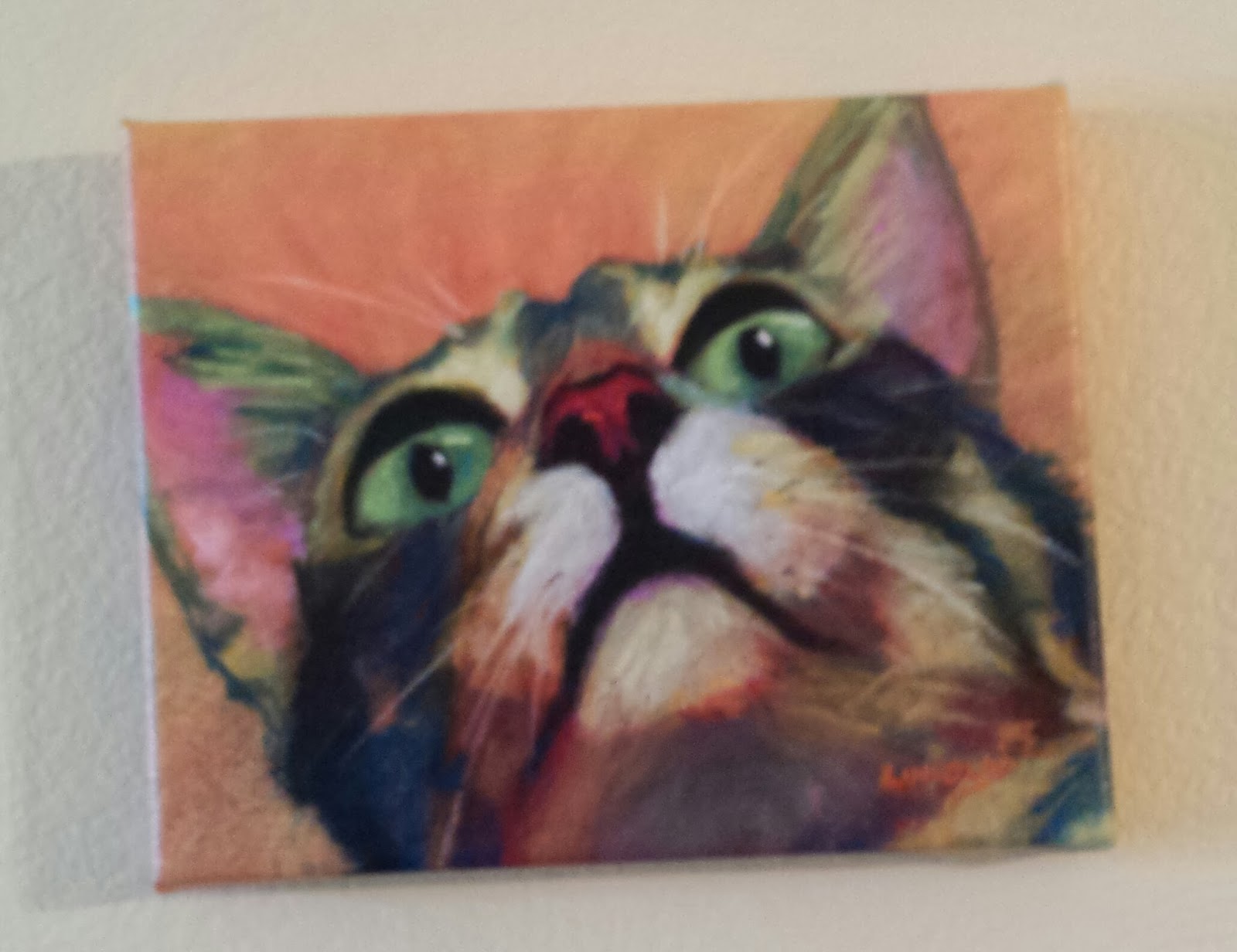 It started with a picture I'd seen while wandering around Old Sacramento after getting my memorial tattoo; I was waiting for the Spouse Thingy to come pick me up and he was stuck in traffic, so I shopped. And while I shopped I stumbled into an art gallery, where I immediately wanted this cat picture.

It was just before Christmas, and I wasn't buying anything for myself. I made note of it, though, and when we were both back in Old Sac while I made the appointment for my Grumpy & Thumper tattoo, I decided I would get that picture if it was still there. 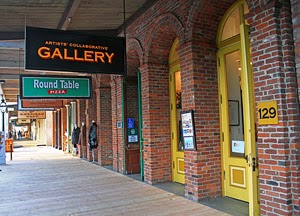 So while I waited for someone who could get it off the wall, the Spouse Thingy wandered around and found some unique pieces made from wood: a hand crafted table, a rocking chair, and a pair of beautiful candlesticks. He asked the woman there if those had been turned on a lathe and she said no, they were hand made, and the conversation about working with a lathe began.

She was politely interested when he mentioned making wood and acrylic pens and selling them on Etsy; she was less polite and far more interested when he was able to show her pictures; those were wonderful, she told him, perhaps he could consider submitting some of his work for consideration.

A couple of weeks later, after thinking about it for a bit, he took a few of his pens up to show her; not as a submission, but to see if she really thought it would be worth the time and effort to submit to their jury. While he was in the gallery, I was walking around outside, and as I passed the gallery (many times, it doesn't take long to walk around Old Sac) there was a guy out front on his phone, excitedly telling someone else "he works in acrylics, and what he has here is really good."

I was fairly sure it was the Spouse Thingy he was talking about, but it wasn't until I walked past again (hey, I got to the end of the building and turned around, because I needed to know) that I was sure: he was talking to someone in charge, and he was incredibly enthused about what he had seen

(Turns out that this guy was the woodworker, the one with the hand crafted table and rocking chair...and his stuff is amazing. If we didn't have cats, we would have that table.)

After seeing his samples, they both assured him that his pens and letter openers and bottle stoppers were not only worth submitting, but he had their vote. Consider it an official invitation to submit to the jury.

So last week, when the jury met, he submitted several pieces for consideration so they could get a clear idea what he does and what he would display. And he resigned himself to waiting to hear the results; just because they were meeting that evening, that doesn't mean their decision would be announced.

As soon as the jury was done, someone called: not only did he get in, it was unanimous. And he was being offered a display spot now, which was never a given. He knew from talking to other artists that he might be accepted, but it might be 2 or 4 or 6 months before he would be given actual space.

Basically, as soon as he could, they wanted him to start displaying.

So today he took a good selection of his pens, a few clocks, corkscrews, keychains, and some bottle stoppers up, and set up his display. 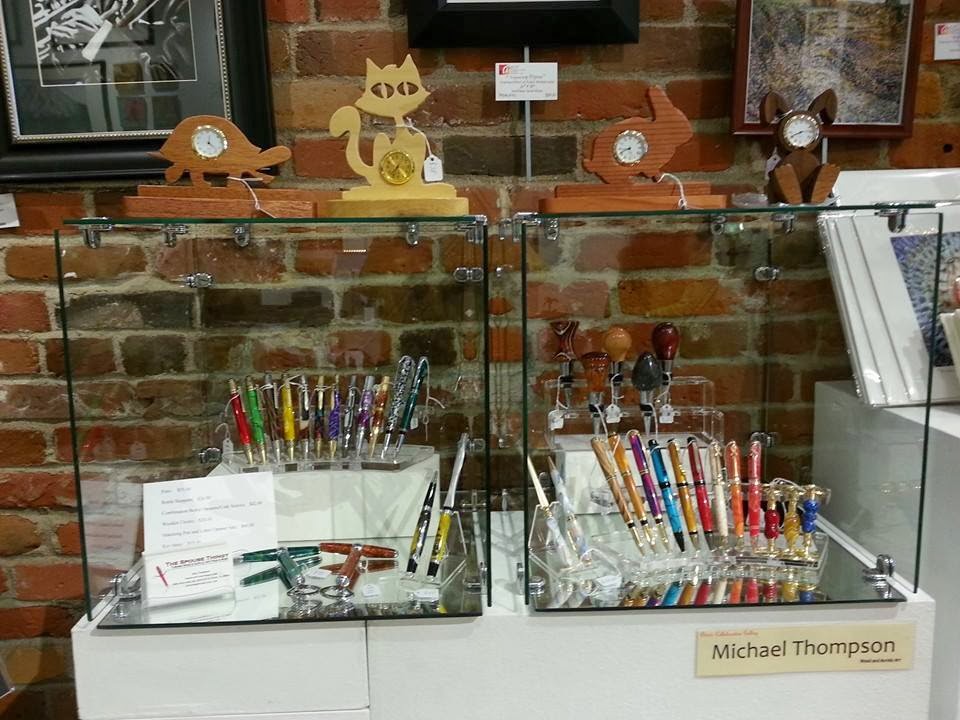 If you're in the area, you can see his display at the Artists' Collaborative Gallery in Old Sacramento. Everything is for sale...and there are some really beautiful things in the gallery.

Concats to The Spouse Thingy! Glad he impressed the judges and gets a chance to display amd maybe sell some stuff. That way you and give more treats to Max and Buddah.

Awesome! Congrats to The Spouse Thingy!

I can't believe you wouldn't buy that table for your kitties - surely they deserve it!