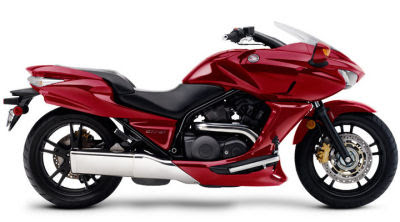 I have coveted this bike for two years. I've had a hard case of I WANT THAT ever since I saw pictures of the concept bike; I was hoping Santa would bring me one even though it wasn't even in production yet.

Last year it went into production--in Europe. Everything I read suggested it wouldn't hit the U.S. market for years, if ever. For whatever reason, the European bike market gets tons more in terms of bike selection and variety, where the US gets bigger and bigger bikes while the smaller bikes bite the dust.

So I kind of assumed we'd never get it, or I'd be too old for it by the time it got here.

But then...Honda announced the 2009 lineup, and dammit, there it is.

And I just bought the scooter. I love my scooter and will keep it forever, or until the wheels fall off, whichever comes first, but dangit.

Seat height is low enough for me to still swing a leg over.

In lieu of more whining, I share with you a picture sent to me by my oldest sister, from whom this would never have been expected. Laugh amongst yourselves, and if you're offended...eh, I'm upset about the bike, so I'm not real concerned :) 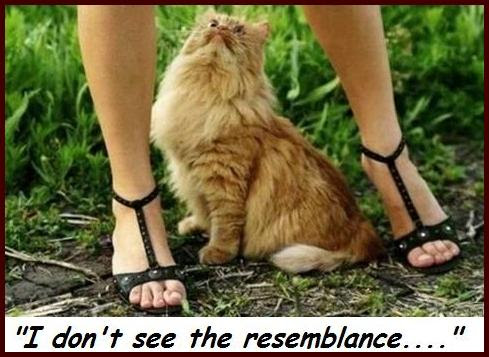