I lost a few Facebook friends over my celebratory joy about SCOTUS making marriage legal across the board for everyone. I’m not even sure who dropped me like a hot rainbow-colored potato, but the number went down…and I can’t quite bring myself to be upset over it.

And today I just might piss off a few more. 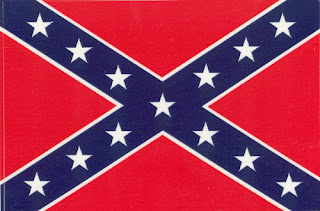 Most of the people I know seem to agree, it’s time for this flag to go. It shouldn’t be flying over government buildings; those whose shorts got in a knot when the furor over it needing to come down in South Carolina need to stop to remember that it wasn’t flown there until 1961, and was a direct response to civil rights issues.

It was a giant Fuck You to those who believed in equality across the board. It was a huge pointed finger, saying to a large number of people, You are not the same; you are worth less than we are.

So no, it shouldn’t fly over government buildings. Ever.

What you do with it in your personal life is your own business. But I ask you to carefully consider why you still want it in your life.

Most oft-cited reason I hear? It’s part of my heritage; my people fought for this flag and I want to honor them.

I am of German/Austrian/Swedish descent. There is a very high probability that somewhere in my not-too-distant bloodlines I have relatives who fought for Nazi Germany. Some who probably deeply believed in that they were doing, who weren’t fighting because they were conscripted, but who fought because they honestly believed in destruction of the Jews and the dawn of an Arian Nation.

How would you feel if I started flying the Nazi flag? My heritage. My people. 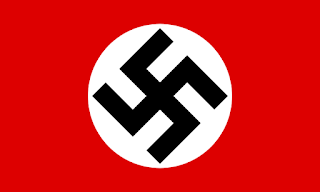 Fairly despicable, I think most people would feel. Myself included.

Yet, it’s not really any different. Flags are nothing more than symbols, and in these cases they are symbols of ideas gone horrible wrong. They are symbols of inherently offensive ideas. Symbols that support the belief that all men are not, in fact, created equal.

But it doesn’t mean THAT to me!

It’s not about you. It’s about the people for whom that flag is an injury and an offense. For the same reason I would never, not even for a fleeting remote moment, consider flying a flag that carries the weight of genocide, I don’t think anyone should fly a flag that carries the weight of slavery. Look at the people around you, those for whom that flag means nothing but hate.

It's not the same thing!

Ya know what? It's close enough. It deeply hurts a significant portion of the population.

Is it worth it?

I would hope not.

You are entitled to fly the confederate flag in your own home; I honestly believe in that fundamental right.

It is history, it belongs in a museum for historical purposes.

Well said. I hope those who disagree with you will consider your comments and perhaps reconsider their own thoughts.

Well said. I agree. The post I shared earlier was my knee jerk reaction to the fact that all of a sudden, that flag is bad, when it's been flown for years. After reading what you wrote, I have to agree with you. It IS a part of our history but that's where it needs to stay...in our history, not flown over our buildings and such.

Yep, it is time for it to go into museums. It should have been there years ago.

Before anyone flies this flag they should know that it was not the official flag of the Confederacy. It was used more prominently by the KKK after the Civil War.