So the collective is losing its chit online because the President saluted a couple of marines with a coffee cup in his hand. 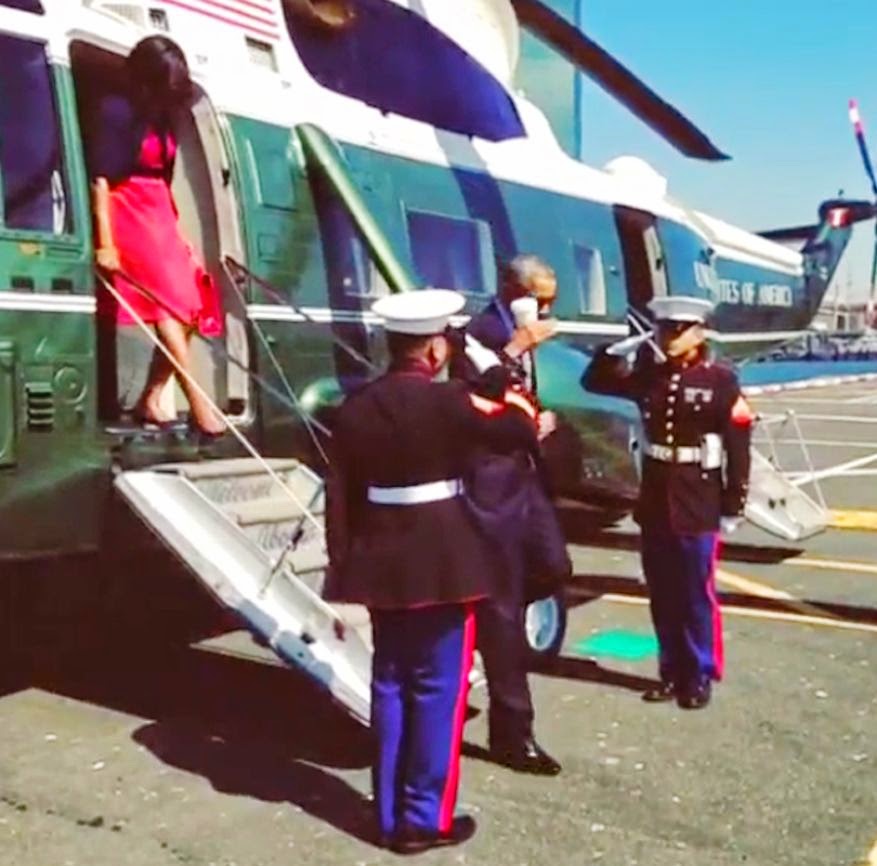 The horror.
So disrespectful.
He's a horrible, horrible man.

(Yes, this is dripping with sarcasm.) 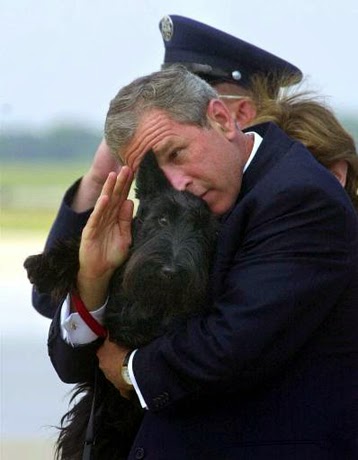 So tell me, how did you feel when President Bush saluted with his dog awkwardly pressed against him? Horrified? Disgusted?

The President, while Commander-in-Chief, is not required to salute at all. We can thank Regan for the change; he started doing it and it's one of those things hard to get away from. The President doesn't have to so much as blink at the marines who stand at the ready.

But Obama and his cup and Bush and his dog...neither is or was being disrespectful.

They're a couple of men who are taking a moment to do something they are not and were not required to do, by statute or even long-held tradition: acknowledging those who serve at their orders and for their needs.

They don't have to, but they're both good guys so they probably always will.

People need to get getting so butt hurt over stupid things. Cripes, we're bombing Syria. Pay more attention to that and less attention to the little things that don't matter at all.
Posted by Thumper at 9/23/2014 06:31:00 PM

People losing their shit over things like this are trying to find something, anything, to avoid thinking about the real problems in life. President Obama seldom gets the respect that he and his position deserve. I, for one, will be very sad on the last day of his Presidency and I don't care who knows it.

Very well said! Too many nitpickers with nothing better to do.

Betcha all the people trying to find bad stuff to say about President Obama saluting "the wrong way" don't even know about what President Bush did.

WORD. I'm so sick of people.

AMEN, and well said. I so agree.


Thanks for the tip - I'll check it out.