The whole Komen thing isn’t going to go away anytime soon, I’m pretty aware of that. On the surface, I got what I wanted: a reversal (of sorts) with a revision of the new grant criteria, and Karen Handel out of SGK. She “resigned” on Tuesday, refused a severance package (which kinda suggests to me she didn’t exactly leave of her own accord, but what do I know?) which gave me the three things I wanted before considering doing another SGK walk.

Theoretically, that should make it easy. I could walk with a clear conscience, I think, but fundraising has the potential to be a nightmare this year. I’ve gotten some very apologetic emails all basically saying they understand the predicament I would be in, but they’re done with anything Komen and none of their donor dollars will ever see a Komen coffer again. I’ve gotten some tense Facebook messages telling me I’m insane for not taking a firm and inflexible stand, and no way in hell am I getting a donation. I’ve also gotten several “I’ll support you no matter what” messages, which means a lot.

But the one that made me sit back and mutter “What the fark?” was the Facebook message that said, and I quote, “You haven’t made up your mind? You’re fucking retarded if you ever walk for those people again. None of that money you raise goes to helping anyone, it just makes Komen bigger.”

What made this a bigger WTF is that the person in question has never donated a dime towards—as far as I’ve been able to tell—anyone’s charitable efforts. It was made clear to me on my first SGK walk that a donation was out of the question, and that’s fine; what’s important to me isn’t important to other people. We all pick the things we want to give our attention to; for some of us it’s breast cancer or heart disease. For others it’s Special Olympics, or working on behalf of the homeless. For some people, it’s making sure that things at home are taken care of, and there’s nothing left—monetarily or spiritually—for anything else.

I have no issues with that.

What’s not fine is attacking someone else for what they believe in. It’s also not fine to spout rhetoric that defies the truth. Is Komen big? Definitely. It’s top-heavy with too many people being paid too much…like a whole lot of other organizations. But the money we raise, it does go towards helping people. I went looking for the info, something I should have done long ago. The numbers?

In SGK’s 2010 fiscal year, they made grants to more than 1,900 community organizations that totaled more than $93 million.

As it stands, 80% of money donated goes towards research, treatment, education, and screening. The remaining 20% goes towards administrative costs. Those bloated salaries come out of that 20%...so it would be nicer to see something more like a 90-10 split, but that’s still better than most charities.

You can’t tell me people aren’t helped by Komen. It might not be in the amounts we wish for or even in methods by which we want that help to come, but people do get help from Komen.

We take the good with the bad. 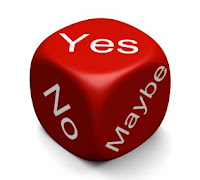 Have I decided yet about walking for Komen this year?

Nope. But the money—while that will be difficult to raise—isn’t even the issue. It’s not worrying about what friends might think or even that I have some deeply-seeded issues with SGK still. If fundraising tanks, I’ll self-fund, should I decide to go. I may have a friend or two with issues, but that’s not a deal breaker; I’ll still like them, they’ll still like me. I’m not 100% happy with Komen, but I did get what I wanted, after all. Those I know who are for sure walking, they’re honoring a commitment made before the whole Komen Kontroversy began. I respect the hell out of that.

I respect the hell out of the people I know who will not back down from their decision to not walk for Komen again. They took a stand.

Me? I made the commitment, but I still don’t know. And the stupid thing is, what bothers me isn’t that I’d be bailing on a commitment; it’s that if I don’t go, I’ll be missing out on the fun. But I haven’t decided.

I haven’t decided simply because I do want to give the Avon walk a try. I keep pondering the MS Walk. I also know my body has some real limits now, and I’m not sure I have 3 long walks in me this year. I keep wondering if my indecision is a sign; maybe I should back off, take some time to get healthier, stronger, and lighter (not an original idea by a long shot; DKM did it last year and her results are AMAZING), spend more time on activities that aren’t just walking.

I want to walk; I want to go play with my friends. If my friends aren’t going to go play, it’ll be easy. If I don’t walk, I can take that money I would use to self-fund and support someone else.

Yeah, this is me, thinking out loud, trying to decide. What to do, what to do…

It’ll come to me. But I’m not “fucking retarded” no matter what I decide, and neither is anyone else. We all have to do what feels right, though I cannot imagine any situation where attacking someone for doing something they believe in would be right. Oh, and that goes for the showing of aborted fetus pictures on Facebook.

Yeah, someone did that—they were apparently very upset that Komen reversed and Planned Parenthood has a chance at applying for future grants and decided to show us the error of our ways. That was vicious, cruel, and incredibly selfish…and that’s the first time I’ve ever defriended someone on FB.

I'll "like" on Facebook, too, but I also wanted to give you a standing ovation here as well!

I did an SGK 5k last year, and I doubt I will again this year (not because of what happened; because I thought it was poorly organized). But my mom fought breast cancer this year successfully and was supported by Moffitt and Komen, and even though I don't agree with their decisions or their politics, I do believe in access to cancer screenings and all that theoretically Komen stands for. I don't know. I think I would be on the fence too.

Frack that person! What a tosser.

I'm still thinking about doing crew at Komen. I have not made up my mind. I'm happy she is gone. I wish they'd not put us in this position. Like I said before. Cancer is cancer. Cancer sux.

I will be at the Avon walk in SF this July doing crew and I'm still thinking about the MS walk...

Frack that person! What a tosser.

I'm still thinking about doing crew at Komen. I have not made up my mind. I'm happy she is gone. I wish they'd not put us in this position. Like I said before. Cancer is cancer. Cancer sux.

I will be at the Avon walk in SF this July doing crew and I'm still thinking about the MS walk...

I think that's horrible--I mean there are good and bad things about any charity. And yes, Komen doesn't do what we want them to do all the time. But they do do a lot of good. I think that if it's fun--hey--you're out doing a lot more good walking for Komen and having a blast than some of the other things people spend a couple of grand on to have fun. We may always play devil's advocate but ultimately any charity that saves even one life, provided they aren't killing people to save that one life is worth it. And so yes, we are not huge supporters (not much money) but we will always support-

You're terrific Thumper ... This is a great post.
I will be walking ... I believe in Komen.
I have read some vicious posts on FB. Some people were actually rejoicing in the error of SGK's ways.
Fundraising? I don't know that I could send a letter at this time. I will have to raise the funds another way.
It will get done. Somehow!
Love you--R

I think a lot of us on conflicted on this issue. Yes, we still want to support the breast cancer issues, but not 100% sure to do it through Komen.

Whatever you decide is best for you, we will support you.

It is a hard decision and only you can make it. You will make the choice that is right for you!

Whatever you decide to support this year, I'll try to put a donation in. People get high emotions about situations like this I think because on some level they feel betrayed by the organization. SGK still helps people and so do other organizations. In the end, you have to decide where you are going to do the most good and where you are going to get the most out of the experience.