1 all night wind storm + 1 terrified little black kitty curled up on the pillow = mostly sleepless night for the Person.

Add in the wind continuing all day, and you have 1 tired Thumper with 1 little black kitty Velcro'd to her all day long. I actually felt bad for him when I had to run to the store; I was only gone half an hour, but that was long enough for him to curl in a tight little ball of What's Happening?

It still hasn't really let up, but he's wandering around the house now, so I have hopes that I'll actually get to sleep tonight. Not high hopes, mind you, but I might get to squeeze in an hour or two when he's not trying to plaster himself to my neck...
Posted by Thumper at 11/28/2009 09:21:00 PM 15 comments:

Here...share in my time wasting activities... 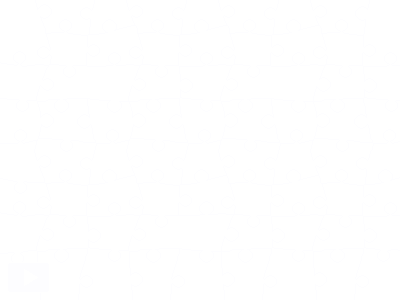 A few people weren't readers here when we first got the clock. It was handmade by Superman, and is probably only one of 2 or 3 non-living things that I absolutely treasure. So we moved in last January, but finally got around to making a space for the clock. We think that space was originally supposed to be for entertainment equipment; there was a shelf and there's an outlet in the back, all conveniently located over the media nook, which is apparently supposed to house a TV.

That media nook will become a kitty hangout... we just have to figure out an unobtrusive way to block the cable from Buddah's Jaws of Death. Speaking of Buddah...he has a bed. He refuses to use that bed, but we did buy him one when he was a kitten.

Once in a while he sniffs at Max's bed like he wants to get it it, but doesn't because he's smart and fears for his life.

A few days ago a pillow wound up on the floor; it was destined for the trash bin, but when I found him curled up on it, sound asleep. And he used it the next day. And the day after that. So I think we're keeping the pillow, and I don't mind that it doesn't exactly go with anything in the family room.

It's not like we've finish putting the room together, anyway.

He's a good kitty. He deserves his pillow. you know how you get a tall clock to fit in a slightly not so tall space?

Poke a hole in the ceiling. I've been riding this spiffy scooter for the last year and a few odd months. It's still tons of fun and I'll part with it when I'm dead most likely.

The thing is, it's an automatic; twist and go, no shifting required. And because of that extra wheel, there's more contact surface to the ground, which makes it feel little less risky than riding a motorcycle. And that's all well and good, but I did learn how to ride a motorcycle and really didn't want those skills to diminish.

I also wasn't going to grab the Spouse Thingy's motorcycle and hit the streets, hoping I could shift and lean and brake well enough to not wreck.

By a stroke of luck, I was poking around online and discovered the local Harley dealer is now running a riding course, the Rider's Edge program, and this week they were having a women's only class. And there was one slot left open.

The Spouse Thingy said to go for it. So I did.

Now, I really enjoyed the MSF class I took a little over three and a half years ago, and it obviously got me onto a bike and riding. It was one 5 hour classroom session, with two 5 hour range sessions where one learns just enough to be able to get a bike and practice riding in empty parking lots. It takes you from OH MY GOD THAT'S A MOTORCYCLE to Hey...I think I can do this! in short order.

The Rider's Edge class is four 2 hour classroom sessions, and two 7.5 hour range sessions. So you get more time in the class--more time to discuss things--and the test isn't at the end of a solid 5 hour session of "Huh?" It's broken down, so you have time to read and digest the information you really need to know.

The riding portion of the class is so much longer that brand new riders have a better chance to grasp the fundamentals. And instead of being in a classroom with 30 other people, and on the range with 11 other people, I was in a class of 5 in total (there as supposed to be a 6th, but she didn't show up. Which means somewhere in the area is, in theory, a woman who didn't get to take the class because that slot was filed...)

That's a lot of individual instruction. And it helps. A lot.

The meat of the course is identical to the MSF course; same information imparted in the videos the students watch, the same text book is used. The range exercises are identical. But with so much more time dedicated to discussion--and it's more student interactive--and more time on the bikes, the Rider's Edge class seemed to work a little better.

Granted, other Rider's Edge classes will have 12 in total (this one is new, and with only one Rider Coach, there can be only 6 students) but they'll still have all that extra time learning to actually operate a motorcycle without freaking out.

Taking the class a second time gave me a whole new appreciation for how the entire process works. The women I took the class with were not riders (one had taken the MSF class seven years ago and left it partway, but was just now ready to go for it again) and they weren't even sure they wanted to learn to ride (except the one) but they were definitely going to give it a shot. I watched them go from OH MY GOD I CAN'T DO THIS to 'Dang! This is fun!' and from being terrified of shifting and leaning to getting into 2nd gear, and going through curves without panicking. They even managed the dreaded Box--two tight U-turns in a box that looks way too small--fairly well. It was just impressive all the way around to see them go from total nonriders to being able to at least appreciate the ride from the front seat.

It helps that they were fun...they all knew each other and I was the odd person out, but they never made me feel that way.

I did learn a few things in the class, too; things I "knew" but had kind of shoved to the back of my head. I uncovered a potential bad habit. And I realize I am still comfortable enough on two wheels, complete with shifting, that if I take the Spouse Thingy's bike out for a spin, it'll be all right.

This could have been a mind-numbingly boring weekend, but it turned out to be a blast and was worth every penny.

And now I can say for sure...if you want to learn to ride and have the choice between a MSF class or a Rider's Edge, opt for the latter. You learn exactly the same things, but you'll have more time to absorb them. It's definitely a pro-Harley atmosphere, but that's not necessarily a bad thing. I got to sit on lots of bikes (something you don't get with the MSF) and had some lengthy one on one discussion about the center of gravity on some bikes, and how it can make some of the really big bikes easier to handle than some of the smaller ones.

That will translate to other brands. Good info to have.