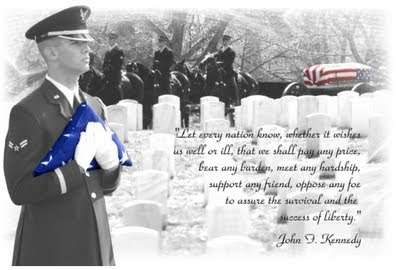 An angel on my shoulder? Today is A Day. One of those days you put in capitals because it just seems right. Not just a day; it's A Day.

Today would have been my parents' 62nd wedding anniversary. That in itself is awesome and worth remembering; they made it to 61, something most people never see.

Today is also the day that my blogging & Facebook friend Gael is gathering with her family to honor her brother Dan, who died far too young on December 13, 2010.

I never met Dan, but I know I would have liked him. I know most of you would have liked him, and if you go back and read the archives of the blog she's been keeping dedicated to his memory, you'll see why. He was a standup guy and a wonderful brother, and he is deeply missed.

Dan was also a motorcycle rider.

There's a tradition in biking; when one of you has fallen, those left behind drop their rear pegs and take a ride in memory of the lost rider. Some strap a helmet to the passenger seat, facing backwards.

I dropped my shiny new bike off at the dealership on Thursday and left it there so that it could get its 500 mile service done this weekend and won't be able to pick it up until Tuesday, but I still have the Gladius sitting in the garage. So this afternoon I backed it out and fired it up, dropped the rear pegs, and off I went.

Now, the Gladius is up for sale. After wiping out in the snow last December and wrecking my shoulder, the riding position of the little sport standard isn't especially comfortable anymore and long rides on it are out of the question. A short ride, sure. It's still a fun bike and if not for my aches and pains, I'd keep it.

But, there's a reason I'm selling it, and a few minutes into the ride I was clearly remembering why.

My initial plan had been to take the back roads from Dixon into Vacaville, a fairly short ride that would have had me out for about 45 minutes. But the wind is a little stronger than I like, and I was fighting with my back and shoulder, so I turned onto a street that cuts through the backside of town and decided I would stay close to home.

Still, I was fighting the wind and fighting the aching, and when I made the turn onto the street that would cut right through town, I swear I felt a hand slap my shoulder and a voice I've never heard before say quietly, "Just go home."

I shrugged it off to a shoulder spasm and thought I would loop around town a few more times, but that was a persistent voice. "Go home. It's all right."

It was definitely a short ride; 20 minutes, tops, and less than 10 miles. I pulled into the driveway feeling like I should be disappointed that I didn't ride longer and farther, but I wasn't. I took the ride I was supposed to take. And I felt like someone was making sure I didn't do anything stupid.

In a few minutes I'm heading out to walk; my training for this years' SGK 3 Day is kicking into gear, and while it's breezy out, it's still a beautiful day to be out there pounding the pavement.

Why is it that the FedEx guy always shows up in the morning except the one time when I have to stay here to sign for something?

Why do people call about things you have listed on Craigslist 4 times and say they'll come see it, but then never do?

Why is there no chocolate in this house?

Why is there nothing worth watching on TV on a Saturday when I'm stuck here waiting?

If you're old enough, you remember the political posturing over the Equal Rights Amendment in the late 70s and early 80s.


Section 1. Equality of rights under the law shall not be denied or abridged by the United States or by any state on account of sex.

bullet Section 2. The Congress shall have the power to enforce, by appropriate legislation, the provisions of this article.

bullet Section 3. This amendment shall take effect two years after the date of ratification.

That was it. Congress passed it, but it fell short by three states needed for ratification.

Not surprisingly, the Mormon Church opposed the ERA. Not surprisingly, either, some members of the church had issues with that. One, Sonia Johnson, chained herself to the gates of the Seattle LDS Temple (among other things...she really championed against her church for the cause) and those actions brought a lot of notoriety.

The LDS church embraced the controversy. Welcomed it.

Because controversy breeds curiosity. Curiosity brings questions. And questions bring seekers of truth, and the LDS Church had a lot of their version of the truth to share. People speaking out against the church, picketing at the Republican National Convention, chaining themselves to temples...it brought in new members. They knew it would.

Now we're all sitting round waiting to prove Harold Camping and his Rapture-Is-Tomorrow followers wrong. We're having a hell of a lot of fun with it--and why not? I suspect God has a healthy sense of humor--whether there's an underlying belief that someday this will happen, or not.

(And for the record, I don't think that finding this funny is a slam against those who believe that someday there will be a Rapture and accountability. You can believe in it and still find this whole thing so absurd that humor is the only way to address it.)

Like the whole ERA fight in the late 70s and Johnson chaining herself to the Temple, bringing an influx of members to the LDS church, I suspect that even though we're all going to stay put tomorrow, the entire controversy is going to cause a whole bunch of people to take a hard look at their lives and ask What if? It will likely bring as many people to faith as the distaste of hard line evangelicalism has turned away...and hard right leaning conservatives have pushed a lot of people away from faith.

If you're one of those, suck on it. You screwed up. And though it won't be tomorrow, someday you will be held accountable for that. Don't be surprised to find yourself stuck here with the rest of us when the End Times truly begin.

In a distasteful, money grubbing manner (and I suspect it's all been about the money) Camping and his group may actually get a few people to really investigate what they believe and why, and may spur some faith in a few.

Whether that's a good thing or bad, that's up to you to decide.

I think anytime someone steps up and defines for themselves what they believe, what they truly believe--as opposed to what they were taught as children or have adopted out of anger and disappointment--it's a good thing. It's a foundation to build upon.

And when you have that foundation...nothing people like Harold Camping say will have you selling your house and cars, quitting your job, drinking the Kool Aid.

You won't need to. 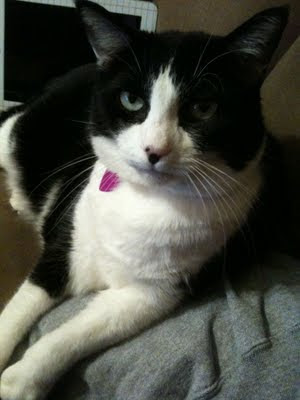 Look, if ever there was someone who needed a good killing, it was Osama bin Laden. And when the news broke my gut reaction was, "Ooh yeah..." And I get the initial reaction, the want of celebration, but folks, at some point it crosses the line from being glad that justice was not denied into something...wrong.

If you're out in the streets firing a damned gun out of joy...yeah, there's a special kind of stupid. And so very wrong.

And if you're hell bent on turning it into political oneupmanship and engaging in propagation of conspiracy theories, refusing to just freaking believe for once...don't know why I even know you, to be honest.

It's not over. The whole damn thing isn't finished. We're no safer today than we were yesterday, before we knew. But hell yeah, give the President his and the military its due, be glad that there's one less dark spot on the planet today, and holster your damned gun before you kill someone who really doesn't need a good killing...
Posted by Thumper at 5/02/2011 07:20:00 PM 4 comments: