A couple of weeks ago I traded in the pretty blue motorcycle on a pretty red one. It was a little more complicated that normal; the dealership has sold their last red one earlier in the month and all they had on the floor were a couple of fugly weird gray-green models.

Added to that: I needed the low suspension version, because my lower back no longer allows me to get on and off a taller bike without issues.

So the sales guy called around, and by the day after we asked, he'd located a single red F700 GS with a factory lowered suspension in the LA area, and they were willing to trade bikes.

It got here about a week before my birthday, and I've been having some fun on it. 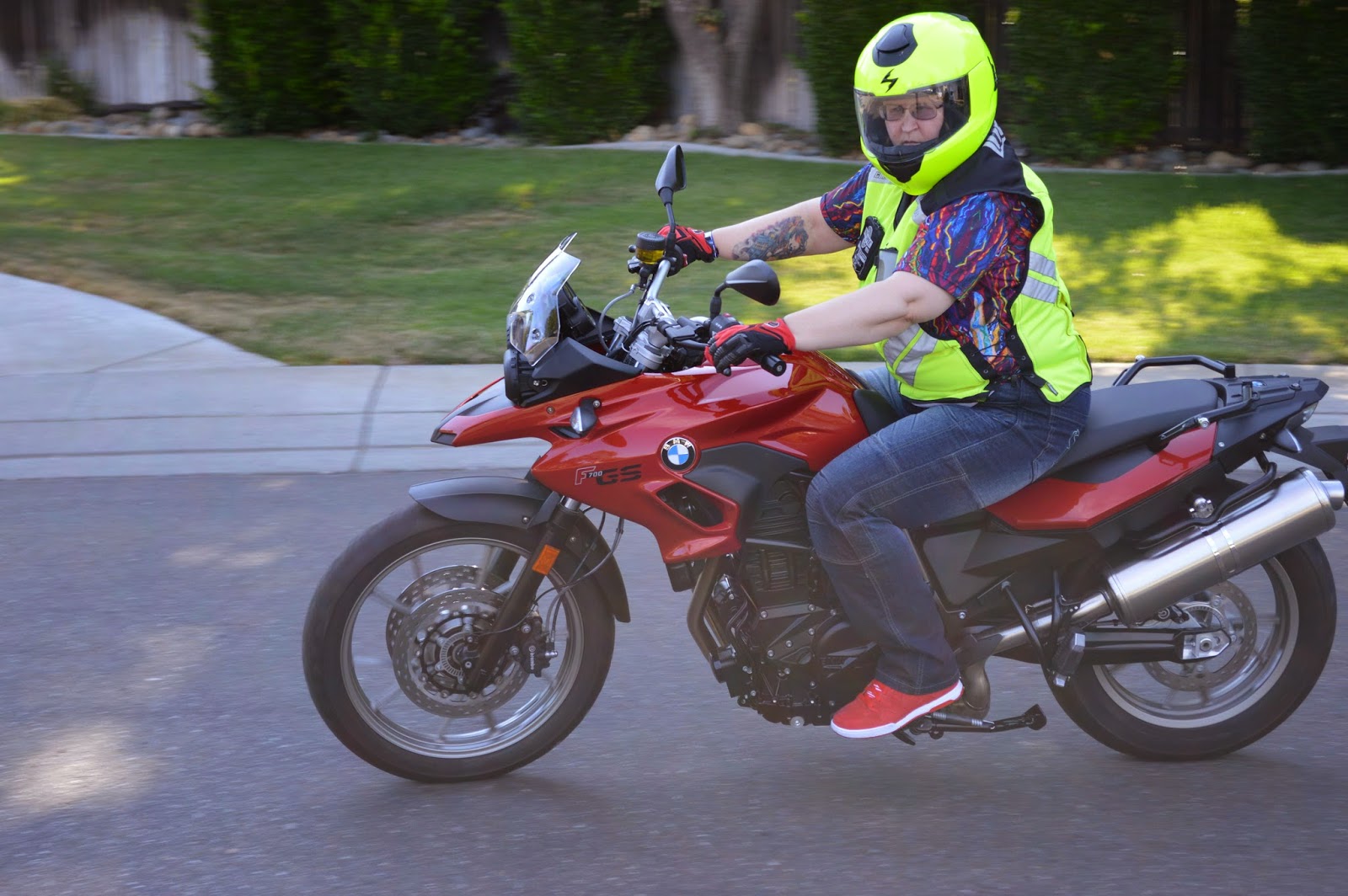 Now, with it being lower--only a teeny bit higher than the seat on my last bike--I didn't think I would have any problems getting on the bike or getting off of it. 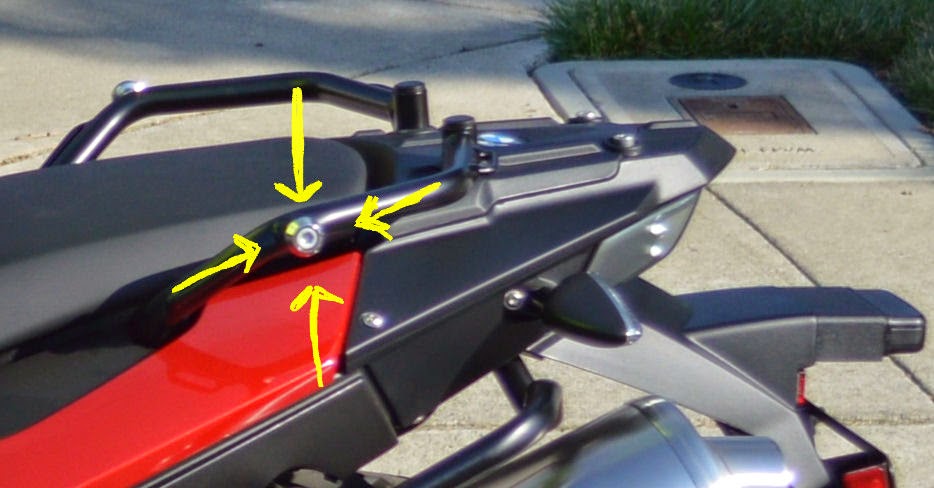 There's this little knob on the pillion grip bars; it's there because it's a fix-point for BMW's hard cases (saddlebags, which I do not yet have because they are freaking spendy).

While we were taking a break from a mediumish-long ride (70 miles...long for us, short for most riders) I attempted to get back on my bike to move it forward in the parking space...and did not swing my leg up high enough to get over that low height seat, and slammed it right into that freaking small knob.

That freaking small knob freaking hurts when you slam your freaking leg into it. 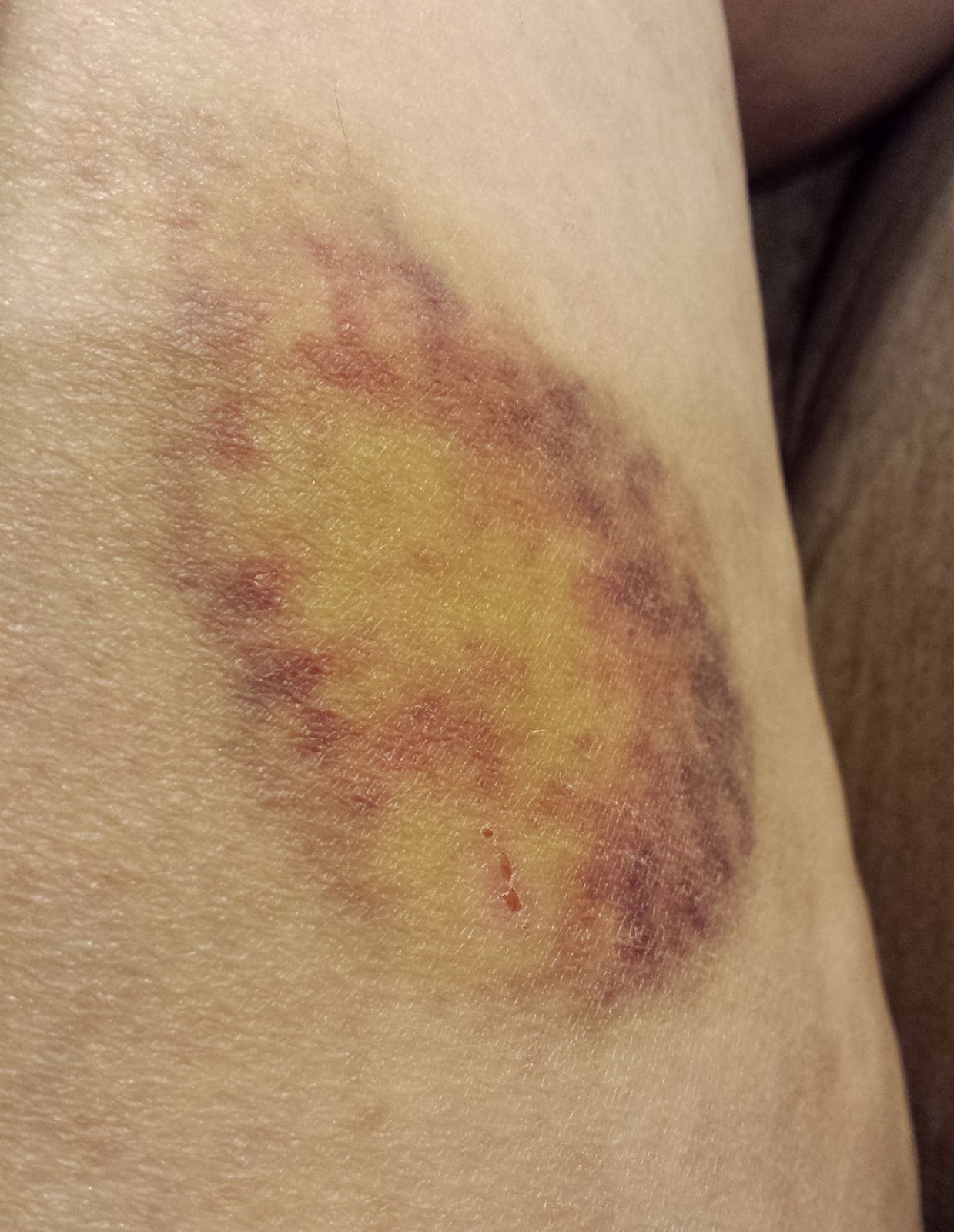 This is the end result, several days later. It's about the size of my palm and while it's healing quicker than I normally do, it's still very ouchy.

Still...ouchy aside, this new bike rides so smoothly, is so well balanced, and stops so much easier than the Bonneville that I'm already convinced it was the right move. I don't miss the Bonneville, even though I thought I would, probably because the ease and smoothness of the BMW overrides the prettiness of the Triumph.

Whoever winds up with the Triumph is going to love it...it just wasn't the right one from me.

And the most important thing...the new bike matches my car.

Hell, yes, that's more than half the reason I wanted the red one. IT MATCHES MY CONVERTIBLE.