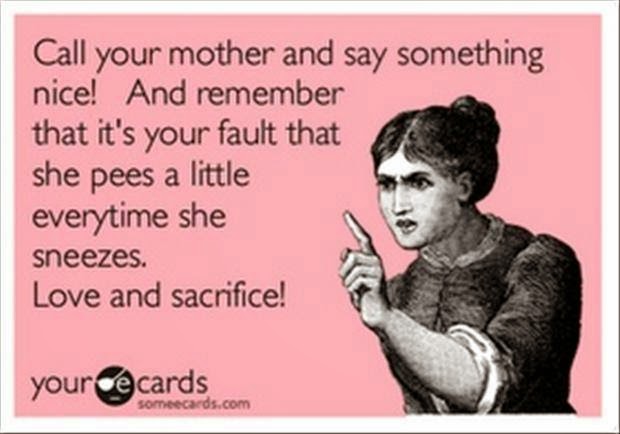 I like getting presents; who honestly doesn't? And even more than getting them, I love picking out the right gift for someone else. Or even just picking something off their Amazon wishlist and surprising them. Gifts are fun from either side, which is probably why I love Christmas so much. Yes, I know, it's not supposed to be about the presents, but it's a good excuse for me to get a few key people a few things; I don't always hit the mark, but I love gift shopping and buying.

I love getting presents that make me laugh out loud and rush to take a picture so I can share it with the world, or at least my little slice of it on Facebook.

Yesterday the Boy's Mother's Day gift to me was delivered, and it was one of those that had me grabbing the camera. Who could not love this? 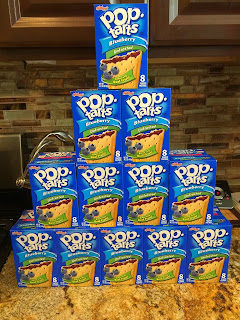 Twelve boxes of my favorite Poptarts, even. 96 of them. Blueberry, unfrosted. And half the gift is that he rememebered I specifically prefer the unfrosted kind (hush. You go right ahead and eat the frosted kind. I just don't want candy on top of my already sugar-laden treat.) It's one of those little details I wouldn't expect anyone, other than perhaps the Spouse Thingy (and then only because he sometimes does the shopping alone) to remember.

Last night a friend texted me, a giant LOL about the picture I posted on FB, and it turned into a discussion on Mother's Day in general. She's never known her mother, and until she had kids it was pretty much a foreign concept to her. This year two of her kids are away at school, and only one is at home but he's deeply involved in an end-of-the-year school project and has already apologized because he's squeezing her Mother's Day into about 2 hours tomorrow.

My mother has been gone for nearly two years; I didn't gift shop for her, not even pretend-shopping to find what I might have gotten her. The Boy has a life that has him working tomorrow, as usual.

And we're both fine with that.

I am not a huge fan of Mother's Day as it's become. The expectations are very high for a whole lot of people, it seems, and in the last few days I've read over and over musings about how someone's kids won't make time for them tomorrow (though the next day, or today, but not Sunday) or how hard it is to find a present for Mom that she'll be happy with, or how unfair it is to have this day shoved into someone's face because their mother is dead and it hurts.

I get it, I really do. But I also get that those feelings of hurt and frustration are as overwhelming as they are because Mother's Day has become this commercial powerhouse, and it's practically Christmas for Moms. There's stress over who will go where and do what, how will Mom like what I got her, did I get her enough, doesn't she understand that I'm a mom, too and I want to spend it with my kids...and on and on.

But for me? The Boy is a good son all the time. He's thoughtful--just look at my Poptarts--and treats me well all the time. All the time. Not just one day a year. So maybe that's why it's not a huge deal for me; I love the gift he sent and that's enough.

And no, tomorrow will not be more difficult for me because my mother is gone. It won't be any more difficult; I miss her every day, not one day more than another. It won't feel unfair because she's gone and so many other people still have their mothers. It's the opposite: I am quite happy for those who still have their parents, who can pick up the phone and call on a whim. (And hey... if your mother is gone, or you never knew her, or she was just a bad mother...it sucks. But mother's day is not an attack on your feelings. Make it a day for yourself; do something for yourself, grab a friend and do something together, but don't dread the day because other people have what you don't.)

If you can buy your mother something weird and wonderful, it's not unfair to me; it's wonderful for you and for her. I want for your mother what my son does for me: make her laugh, make your life a thing she's joyous about...and make it all the time, not just tomorrow. 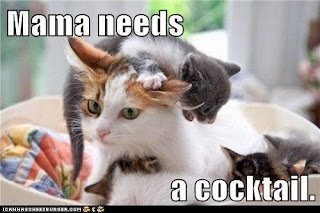 And call your mom. Or text her, if she's like me and can't handle the phone. But don't just do it tomorrow... Mother's Day is supposed to be about honoring the person who gave birth to you, not just presents and candy. If you save it all for one day, it really doesn't mean as much. So connect, and connect often.

Trust me...if you don't, you will regret it when she's gone.

TL;DR: Go ahead. Pick up the phone. You're the reason she drinks, after all. 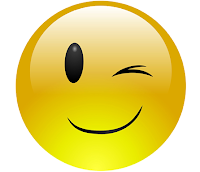