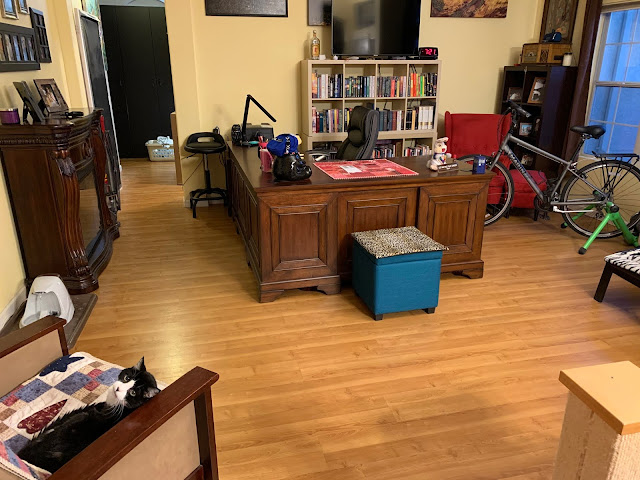 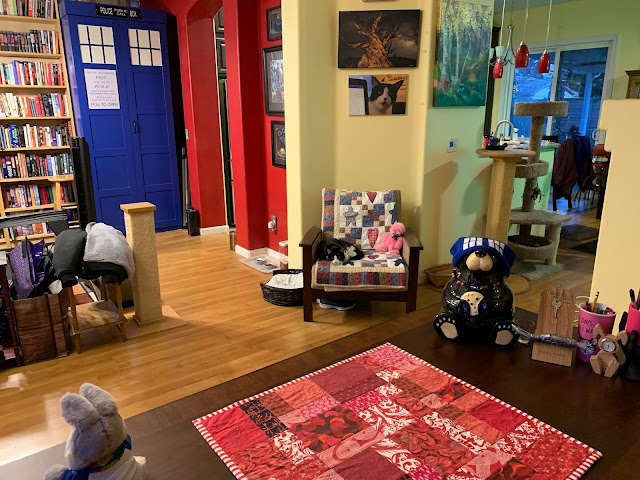 I'm staying home, avoiding cooties, and please listen to me when I tell you that the Spouse Thingy, who knows a thing or two, is farking scared where this virus is concerned. Take it seriously. You might not get sick, but you might wind up a carrier, and friends...it's people like me who wind up kicked in the nuts.
Posted by Thumper at 3/20/2020 10:04:00 PM

All very true....and kind words about the disappointment.

Such true words. My first day working from home with my kitties and the fosters.

I heard a TV talking head say "retend you are infected". That's wrong. Pretend every ELSE is infeced and you could catch it. That should get the young'uns motivated!