A few months ago, knowing the patio cover that we said we were replacing 10 years ago but never got around to, we contracted to get it replaced. It's got mold, it was un-permitted to begin with, there's no top to it so we just have sun cloth thrown over it, and frankly, I'm surprised it survived the major wind storms of this week.

No, they meant that the first available crew, they would be here to knock down the old structure and build the new one. A couple of days ago we got the start date.

The weekend of the 3 Day walk.

The Spouse Thingy has to work. He just took time off for a wedding and can't get more time until January. If we push back the date, we'd be looking at 4 more months to wait plus paying storage fees for the materials, and frankly, the existing cover isn't going to last that long. We have a rather large window that overlooks the patio, and if it goes, there's a 50-50 chance it's going into that window. 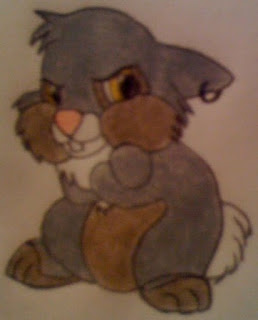 So...instead of walking, I'll be at home trying to keep cats calm while there are PEOPLE in the yard making a craptastic amount of noise, and dealing with the contractor's crew.

All is not in vein. In vain? In vain.

I had hoped to transfer the funds raised to my teammates, but there is no transferring of funds, so the 3 Day peoples are deferring me to next year.

All of you who donated--you're still getting Major Effort from me.

Once the dust is settled, the cover done, and the Spouse Thingy has two days to be my support crew, I'm going to ride the 60 miles. The difference is, I'll do it over 2 days instead of 3.

I feel like I owe the miles this year, even though I can walk them next year.

I'm not happy about this turn, especially since I got so freaking excited when my doc proclaimed me Not Stupid and waved her fairy Doc Wand and said I could go. I'm a little extra not happy because during the Spouse Thingy's week off, we did basically nothing to protect my back and to keep me from re-injuring it, and to keep me away from crowds and cooties, and had planned on that until the 3 Day.

If we'd known even a few days sooner, we could have risked a little more and had some fun.

On the up side, at least this time it isn't because I'm sick.

So...I will honor the miles, I will carry all of the names with me that I do every walk, and maybe next year I can muster up the energy for two walks...the 3 Day is already funded.

I'm sorry to have to do this, but... yeah, we're $10K into this patio cover and have already been waiting so long to get this crew here.

Never fails, the only day people can come and work is a day when you have other plans. Major other plans.

Life is what happens when you make other plans....