Yesterday, for the first time in about 15 years, the Spouse Thingy and I decided to play racquetball. We used to love it and were pretty well matched in terms of skill (read: we were equally not very good) and figured that the new gym has a court, why not use it? 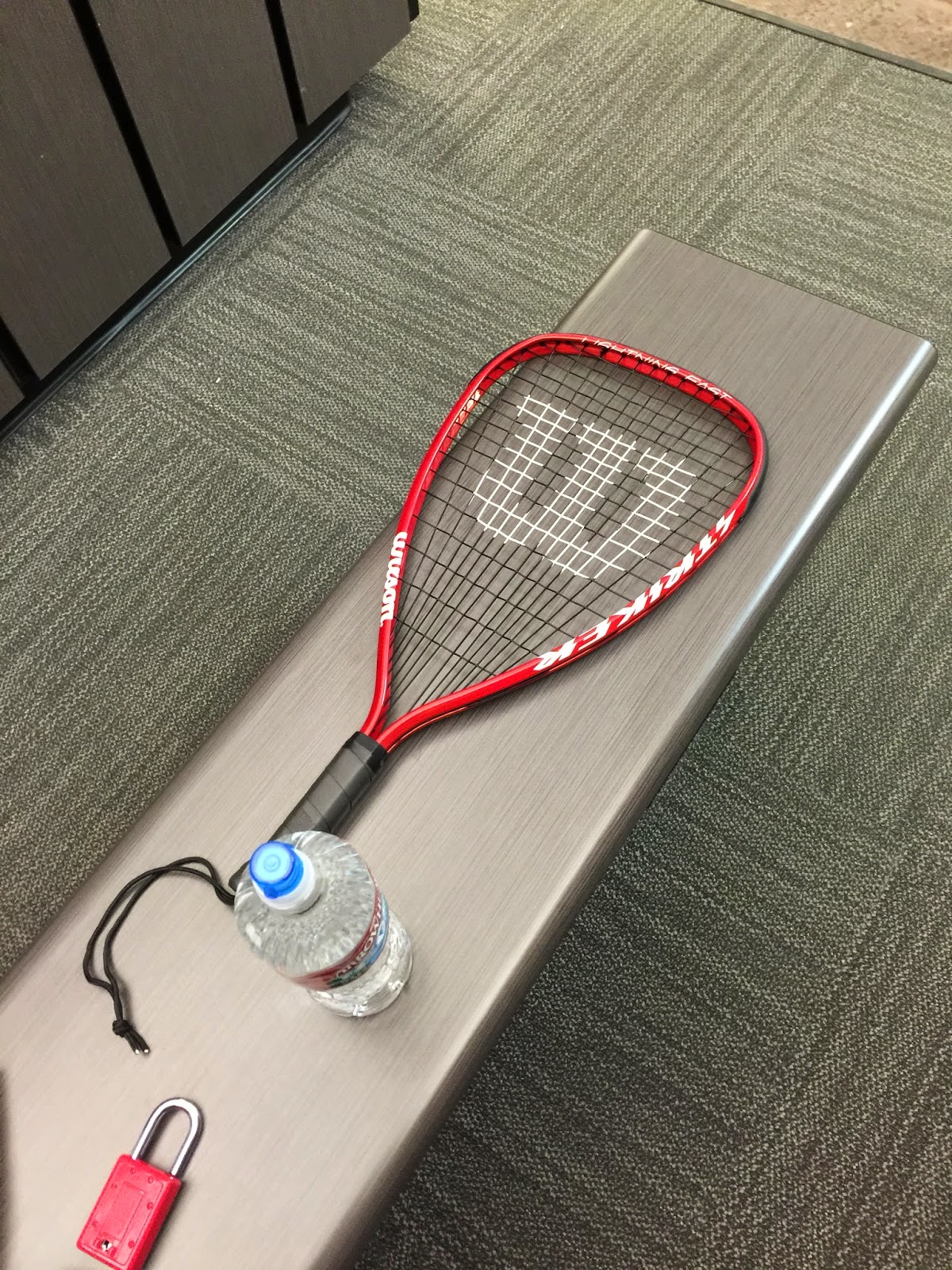 We didn't keep score or even play by the rules. It was really just an hour of bouncing the ball off the wall and trying to take turns hitting it, but we were both drenched in sweat and had pretty decent heart rates by the end.

I only shrieked at the ball zooming toward me a couple of times, and only ducked 3 or 4.

And for some reason, the Spouse Thingy did not like my idea of getting a GoPro and recording our efforts for the amusement of others. Go figure.

Like good little gymrats, after we played we hit the circuit equipment for half an hour. And decided that we'd go back today and I would swim and he would do whatever he wanted to do.

Then I got up this morning.

The Thumper's Freight Train O'Crap hath runneth me over. It's just a reminder that my brain likes to do things my body can't always manage and why we usually try to be flexible when we go places, so that I can have some time to crash and burn without feeling like I'm ruining everything. Luckily, the gym is not a vacation, and it's going to be there tomorrow and the day after.

I am having fun, though. Well, fun in general. I'm not thrilled at the moment, if only because I would rather be doing things other that sitting here. I'll go have real fun tomorrow, I hope.

I haven't thought about racquetball in years. Used to play a lot, but my knees would never make it through a game now. I can empathize with your freight train o' crap feeling.... I've been doing a lot of pool work for rehab (PT rehab, not stoner rehab) and it does not seem to be taxing when I do it. The next morning I'm looking for the mac truck that ran over me. At that point I wonder if I'll ever be able to walk around the block again, much less hike the hills.

I feel your pain! I can't do stuff like that but I admire those who can do it. If you go to the gym tomorrow, maybe a nice swim will help you feel better! Aaaah, good luck getting out of the pool though. That could hurt....a bit.