More than once, I had Buddah's teeth sunk so far into my arm that I'm surprised I don't have little toothy scars near my wrist and forearm, tattoos pocked by puncture marks. Often, if he didn't get what he wanted, he attacked. We never hit the cats because we're not assholes but I did wag my pointy finger at him, and by his reaction you'd think I'd popped him across the face or something. Most of the time he was calm, normal, and nonthreatening, but holy hell...upset him and pay the price.

Me, anyway. Not so much the Spouse Thingy.

Sometime after I posted this 9 years ago, I changed how I approached him...no matter how wound up he was, I decided on extra gentleness and tried hard to not freak when he acted like he was going to attack (though to be fair, there were still a lot of times I had to get help from the Spouse Thingy because I was cornered, even just a few months ago LOL.) He needed to see me as Mom Cat and not competition for the alpha slot, I think, whereas Max just needed me to be there.

It didn't take long for him to decide his favorite thing from me were kisses just between his ears. And in the last couple of years, he somehow trained me to find him at lunch and bedtime snack, where I would then carry him to the kitchen, placing kisses on the top of his head along the way. If I forgot, within 2 steps he pressed his head to my mouth to remind me. On those short trips around the house he became BooBoo more than Buddah, and I think he liked it.
He started sitting in my lap more (unless the Spouse Thingy was there, and ST was definitely Buddah's person) and purred. I don't honestly think he purred much until he was 12-13. Every now and then he wanted to snuggle with me, and he learned how to ask for what he wanted (treats, usually) without throwing a fit.
This memory popping up on FB reminded me of why some people were so surprised that I was truly heartbroken when he died. He was Satan wrapped in fur, wasn't he? Did you even like him?
He exasperated me sometimes, and I did question his intelligence more than once, but I loved that little monster. His moments of terror didn't erase his moments of sweetness and child-like personality. We accepted that each cat picked their person; I was Max's and the Spouse Thingy was Buddah's, but that doesn't mean they weren't both just as important to me.
I miss those little head kisses and catering to his want of being carried to his snacks. And I still feel cheated on his behalf, he should have had more time; I don't think that feeling will ever go away. 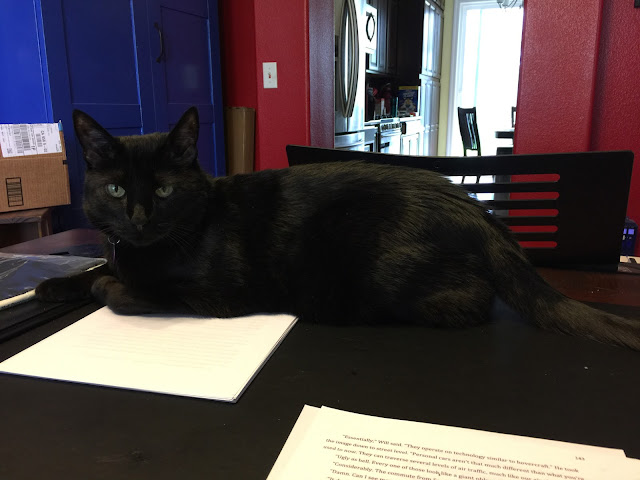 No, Thumper, it will never go away. Their pawprints are on your heart.

Bindi left us at age 10 and it still hurts- much too soon.

Sending loving, understanding purrs. We miss our brofurs an' sisfurs, too, no matter how mean they were sometimes. They are allus in our hearts! ❤❤❤❤