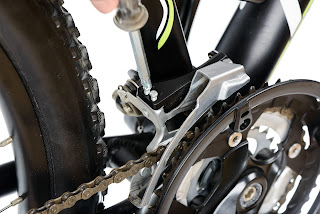 The last time the Spouse Thingy and I went on a bike ride, my chain was rubbing on the front derailleur a bit, only in a few gears and only on the small chain ring. So I popped it onto the big chain ring, finished the ride, and decided it was time for me to learn to adjust things myself.

A couple of You Tub videos and a perusal of my Bike Maintenance & Repair for Dummies book, I was confident enough to make such a small repair.

Long story short. Or short story long. Yeah, I was grateful that the bike shop is considered essential and is open right now. Yesterday he took my bike there where someone who KNOWS things could adjust it. And where he was told that yeah, it was time for a checkup since they usually recommend it after 3 months, and I bought it about 3 months ago. (And nearly 700 miles! Go me!) 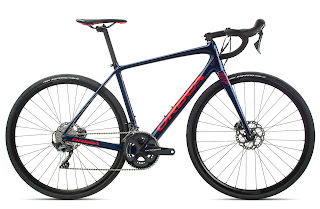 Anyway, the adjustment was free. I appreciated that. And today we took advantage of the nice weather and headed out for a ride, the first one for me in, hm, 3 weeks? First outside one, anyway.

When I last took a nice, long ride, I think I did 14-15 miles. Today I had to step off the bike at 5 for a few minutes, and at 7 I declared myself to be DONE because my poor ass was on fire.

I need to get used to the seat all over again, I guess.

He's off tomorrow so we'll probably ride again, and this weekend I'll make use of the too-comfortable Townie inside.  But after this weekend, he's off for ten days and as long as the weather holds, I intend to be on that bike every damned day.

I also want to pull out the Trikke and the Street Strider and play with those, too.

I don't even know if the tires are okay for riding on, it's been so long. The Trikke's tires were upgraded shortly after this picture but it hasn't been used for several years. Same with the Strider. For all I know they both have tire rot.

So fingers crossed. Those are things I can play with in the court and not worry about venturing too far from home, which gives me more options when I'm alone.

And yes, I realize I could wreck just as easily with the Spouse Thingy with me, but he can better assess if I need emergency care or not, and if he's there no one else will need to touch me.

I'm being careful, that's all.

But I'm looking forward to his time off, just so we can go outside and play. Away from everyone else. And man, I really need to just to work off some of the junk I've let myself eat lately.

No regrets. PIZZA IS LIFE. So are brownies. And I might make a cake. And fry some chit.

Regular maintenance is always good. 700 miles, wow. Not that I ride a bike, but a bit of axle grease solves a lot of problems for the yard equipment, LOL!

I swear my automatic garage door gets noisier every week. It rattles like an addled rattlesnake. I better try some on it or it is just going to fall on me one of these days. Or at least if it does fall, it will do so more quietly. ;)