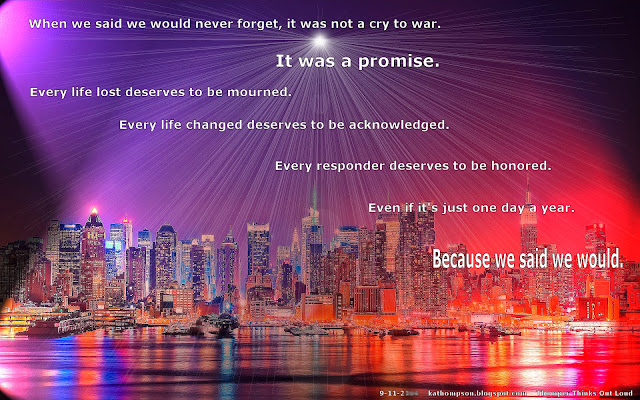 Belated. I do not forget. Ever.

I felt the "thump" when the Pentagon was hit, though I did not know what it was at the time. My office (but not I) had emergency functions, so I saw the 2nd tower fall in real time. Others thought it was a replay of the first but Imyelled they were wrong. My office was 2 blocks from the White House. When the rumors were that a 3rd plane was coming, I went out on the roof to watch.

If it happened , I wante the deadly observation to fuel me in anger. It wasn't neccessary; I'm still angry anyway. Never forgive; never forget... And the Saudis have much to explain.