I said it last year and I'll say it again (even though I did it anyway): Disneyland is not the place for a bunch of writers and indie publishers to try to be all professional and get things done, and I'm not doing it next year. Unless I change my mind, because, DISNEYLAND. 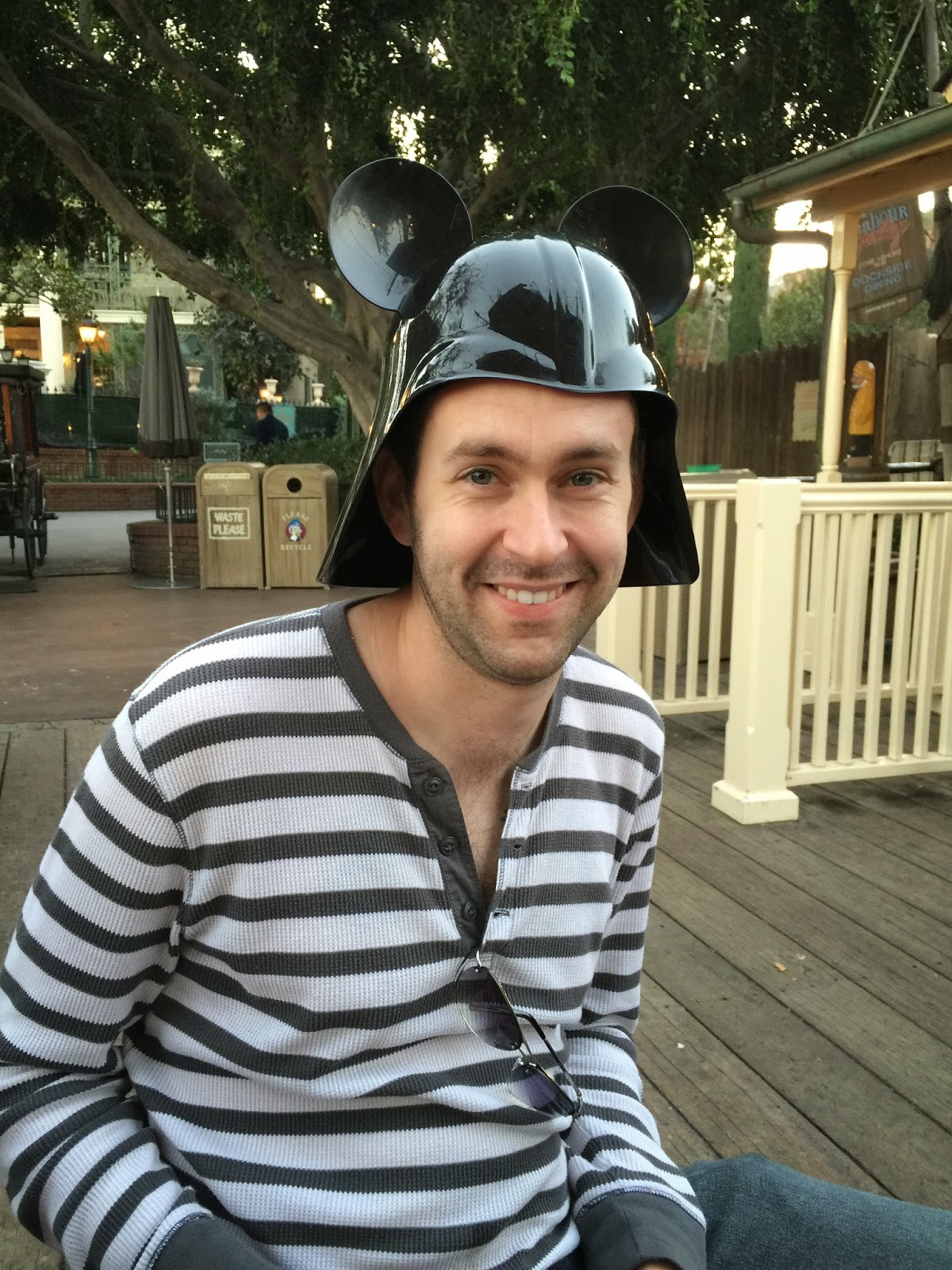 We got there late Monday afternoon, in time to meet up with the Boy and his fantabulous girlfriend (seriously, he has to keep her. We have decided) before they left (they were there over the weekend, couldn't stay an extra day) and then headed for the ticket booth to upgrade our 5 day park hopper tickets for season passes, so that we have an excuse to go there for something other than failed indie publishing things and then can meet up with the people we really want to see. We have family in the area, and friends, and so far have had time blocked off that's made it impossible to make any other plans. So now we'll be able to. But...the Indie Pub Panel, which in spite of some wishes was not intended to be held in a bar, wound up being started in a bar, and I was not there to witness the best part of it.

The night before we got there, while those who were already there got together for drinks, The Queen called two of the male writers in attendance "flaming faggots," to which they took umbrage, and they called her on it. Her husband backed her up and got in their faces...words flew, then fists.

In any case, it set an unhappy tone and a lot of people left. I don't know if they went home or just decided to go into Disneyland and forget the panel, but if they went home they made a mistake, because the weather was perfect and the crowds were super light, so when The Spouse Thingy and I headed out to the parks in the afternoon, we had a great time. 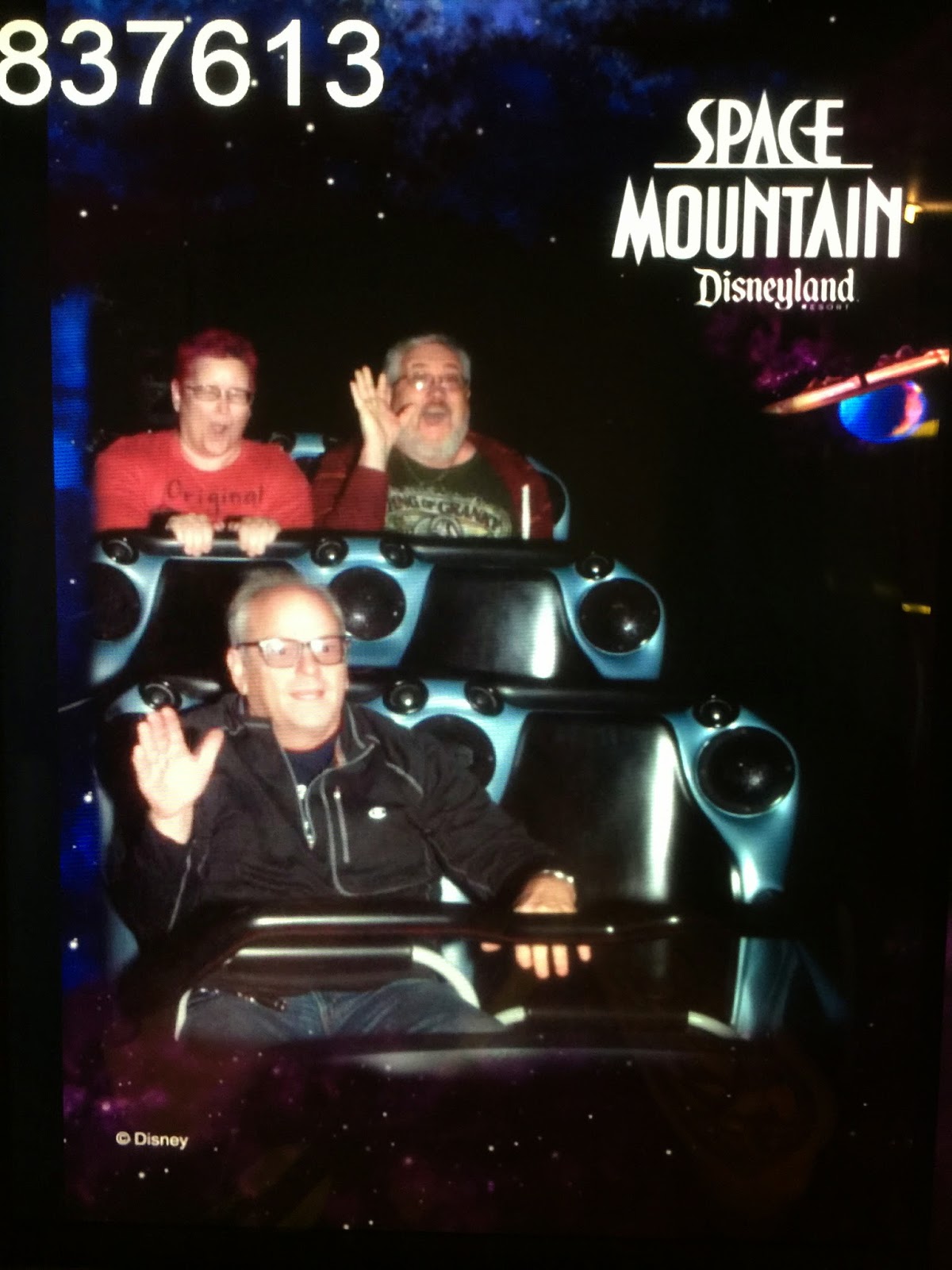 We did so much in just 2 afternoons--got on pretty much every ride we wanted in less than 10 minutes, and then rode them 3-4 times--that yesterday we just kind of wandered around until our feet seriously hurt. We'd planned on trying to see a show or two in order to sit for a while, but somehow managed to be on the wrong side of the park every time...which was still fine, because we did everything we'd wanted and then some, and now that we have the passes we can go back and see those another time.

And in spite of saying we wouldn't buy more than one t-shirt each because we already have t-shirts, I think we both left with a couple of them.

But the one thing I almost bought but didn't? 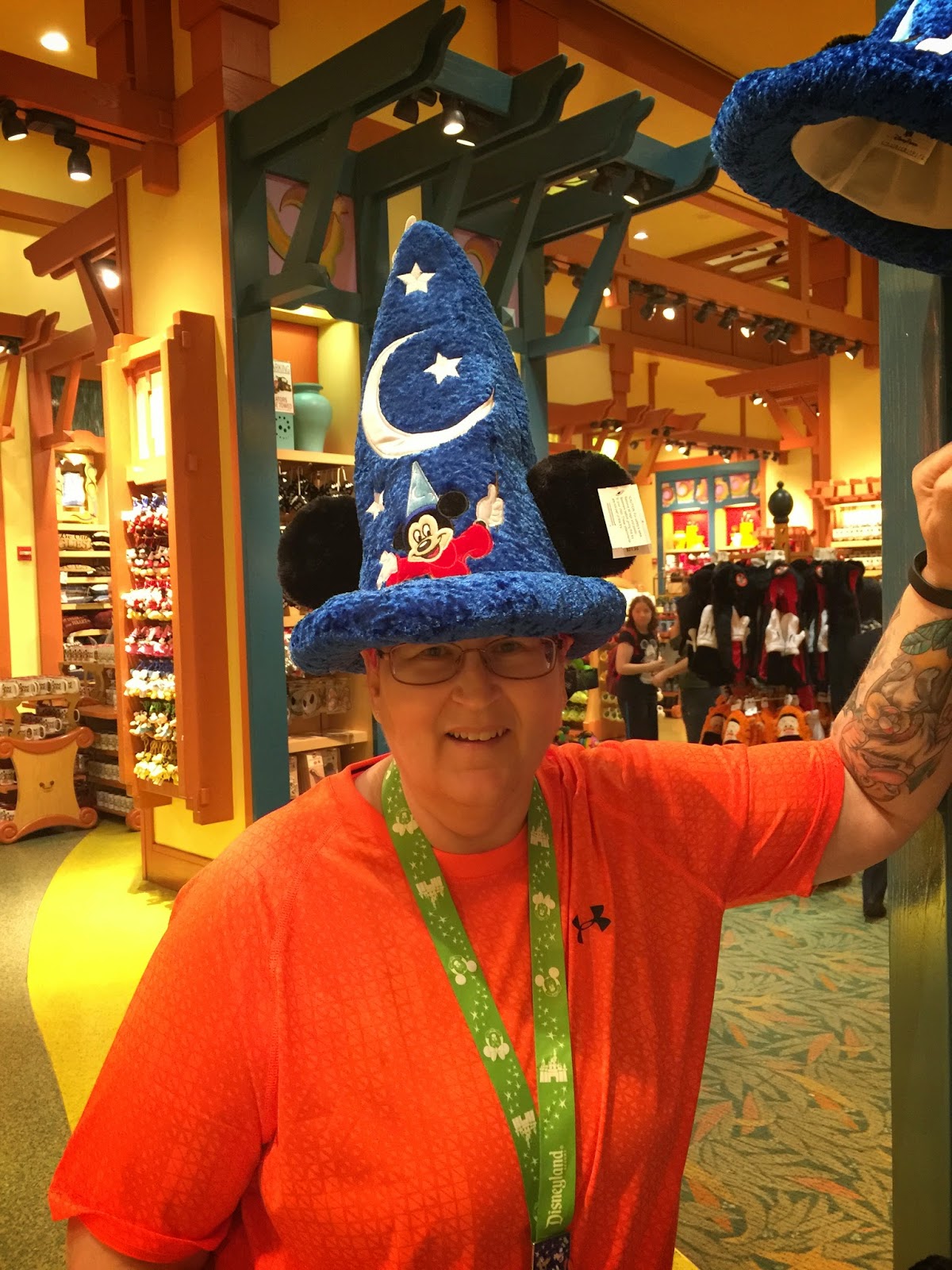 If I could have justified it--like where I would ever wear it--I totally would have.

Maybe next time. Not sure when that will be--don't want to impose on the Grandma to watch the cats too often even though they totally love her--but in order to make the passes worth it we kinda have to go back at least twice more this year.

So...party at Disneyland before it gets too hot? We should totally have a party.

If you had that hat you could run around singing "bipitty, bobitty, boo"!

The Woman loves Disneyland. She says, yes you had to wait until she was on the OTHER coast to do something like this because it could have been PAWESOME!. But now she won't be able to because it's FAR. And Disneyworld will be closer. Sigh.

Let me know when, as I already know the where. And it's not like I'm not 15 minutes away from the Magic Kingdom. Or we could just meet for German food, since that's close also.

Oh, you HAVE to go back for the hat!