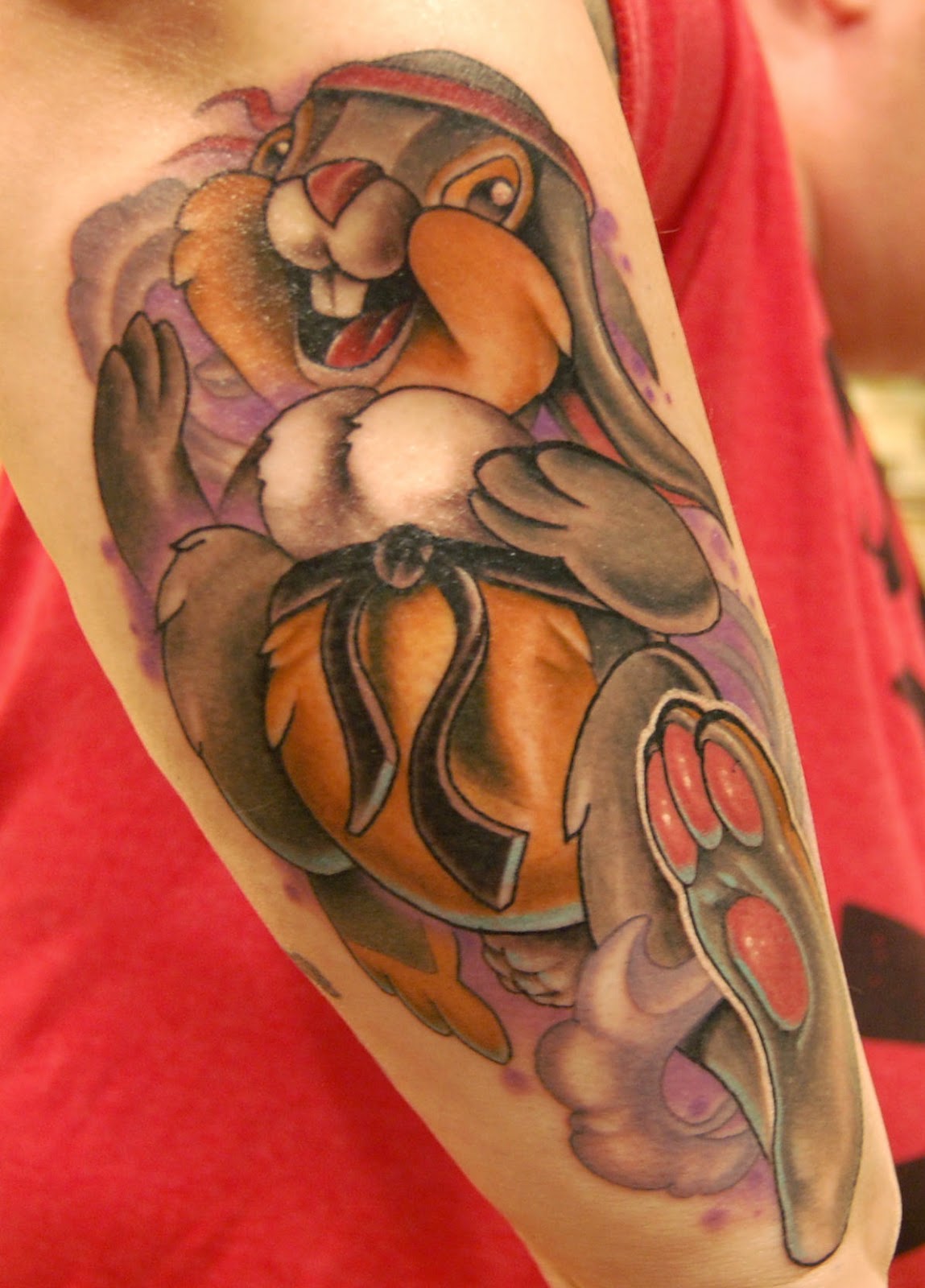 Another step along the path leading me to become one of those people my mom would have been afraid of.

This one took right around 5 hours, and wasn't terribly ouchy until the last 30-40 minutes. At one point I was relaxed enough that I kind of drifted off--not asleep but just drifting--and he moved the needle from one side of the tattoo to the other and when it touched my skin my brain went OHMY GOD MY SKIN JUST SPLIT...luckily I didn't jump enough to screw anything up, but I did jump a little.

I totally less than 3 this tattoo; Thumper just looks so happy to be kicking someone's asterisk.

In three weeks, I'm getting another one on the other arm. Not another Thumper (three might be enough, though I'll never say never) but a nice kitty tattoo.

Three weeks after that I was getting started on my legs, but because of the 3 Day--I wouldn't really be able to take care of a fresh tattoo--that one has been delayed until February.

Yep, Big Greg is enough in demand that if you make an appointment now, you're waiting 4 months. This makes me happy because he deserves the following, but I can be impatient and don't want to wait.

OTOH, me not being able to get the tattoo in November means the Spouse Thingy can take it and not have to wait 4 months. Yep, he's going to lose his ink virginity.

Maybe someday, I can get him to dye his hair pink, too.

I can see why you had tats on your mind the other night! Awesome.

What is the Spouse Thingy going to get for his first inkage? Inquiring/nosy minds want to know.
~V

The Spouse Thingy is getting his first on November 18th. He's taking the appointment I was otherwise going to have to cancel because of the 3 Day...

Your new tat made me smile which is not easy these last 3 days! Thanks for sharing! Hope all goes well for all of you.