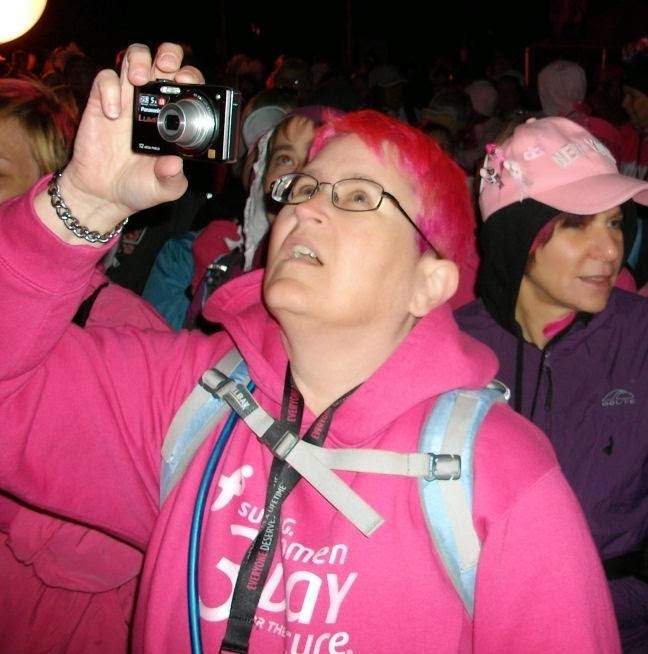 I'm going to go for it again.

Why San Diego? Well, San Francisco no longer has a 3 Day and even if they did I might be more apt to walker stalk or crew, because that's a ton of fun. San Diego is now the closest, but more important...friends.

Yep, DKM is walking, as well as some of my team mates from Atlanta 2011, and it'll be a blast to meet up with them again and pound out some miles on the pavement.

Yes, I am immature enough to have hanging with my friends as a reason to go.

But the biggest part of it hasn't changed since I accepted that first invitation to walk. I know too many people who have had to face that battle, and some have not survived. I think often about my friend Anne, who died when everything she wanted in life was right there at her fingertips; she was the friend with whom I share a birthdate, and I don't get through a birthday without thinking about her. I also think about Bridget Spence, who battled the disease nearly her entire adult life, and who just wanted to make it to age 30. She died a few months short of that, and that sucks.

There's also Heather, a woman I met at McDonald's about a year and a half ago. I haven't seen her since, but she crosses my mind every now and then, especially when the Komen-is-so-worng discussions begin. The two things she said that still stick with me:

“I wish they’d get over it, because there are things more important than their offended sensibilities.”

And there are the personal things...I need something to get me off my asterisk again, and training for this walk will do it. I've been fighting a horrible case of plantar fasciitis which will probably make training all kinds of fun, but I'm hoping some new shoes and some KT Tape will help with that.

So. Yeah. I am walking again.

Wear a pink bra on the outside of your shirt? (Actually, that may be too tame for this bunch!) But, of course, pink hair. :)

get a stuffed toy black cat aka Buddah and a black and white one, aka Max. sew elastic to the legs front to front, back to back with enough room for your legs (calves) one cat on each leg and take them for a 3 day walk. it would be cool for each of them to wear a pink bra but that may be asking to much of them!